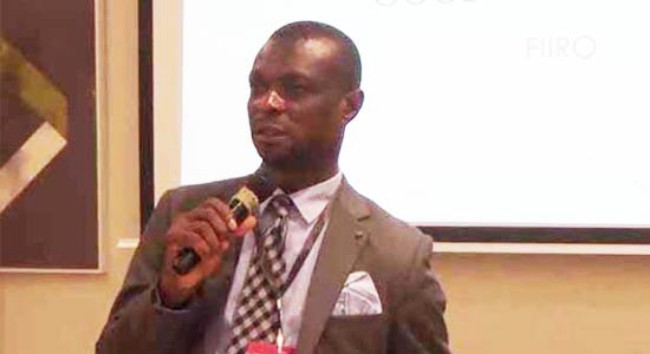 A former Director-General of the Federal Institute of Industrial Research Oshodi (FIIRO) Chima Igwe was arraigned on Friday before an Ikeja Special Offences Court for alleged certificate fraud.

During the proceedings, Justice Sherifat Solebo held that Igwe should be kept at the Kirikiri Correctional Centre pending the perfection of bail she granted him in the sum of N500,000 and two sureties in like sum.

Before the verdict by the Presiding Justice, Igwe pleaded not guilty to a three-count charge of giving a document with false information, using his office to proffer unfair advantage and making a false statement to a public officer.

The charges were proffered against the ex-director-general by the Independent Corrupt Practices Commission (ICPC).

The ICPC alleged that Igwe, while being a public officer with FIIRO, knowingly gave, with intent to deceive, an attestation letter signifying completion of a PhD programme from the University of Abomey-Calavi (UAC), Republic of Benin, to the organisation.

“He conferred unfair advantage upon himself through the presentation of attestation letter which enabled him to gain many promotions at FIIRO and rise through the ranks to the directorate cadre.

“Sometime in January 2020, Igwe made a false statement to detective Andrew Osove, an investigating officer with the ICPC.

“He falsely told Osove that he completed his PhD programme at UAC, Republic of Benin, in 2001, when, indeed, he knew that such a statement was untrue at that particular time,” ICPC said.

The alleged offences contravene Sections 17(1)(c), 19, and 25(1)(b) of the Corrupt Practices and Other Related Offences Act.

Igwe’s counsel, Mr E.O. Ekong, via a bail application dated Sept. 27 and supported by an 18-paragraph affidavit, had asked the court to grant him bail in liberal terms.

In a short ruling, Solebo granted Igwe bail in the sum of N500,000 with two sureties in like sum.

“The two sureties should reside in Lagos and should be employed with proof of income. The address of the sureties must be verified by the court.

“The defendant is to be remanded at the correctional centre pending the perfection of bail.