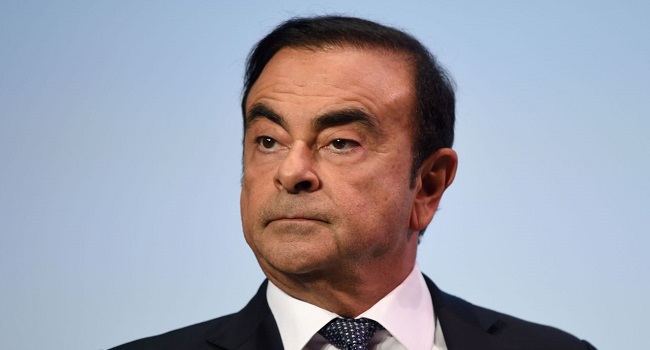 The 65-year-old was earlier released on bail last month in Japan following more than 100 days in detention.

According to sources, prosecutors entered Ghosn’s temporary accommodation in central Tokyo early on Thursday morning before the arrest was made.

The arrest, which Ghosn described as outrageous and arbitrary was the latest twist in a case that has gripped Japan and the business world since November.

It was learnt that the former high-flying executive already faces three charges of financial misconduct related to allegations he under-reported his compensation and sought to transfer personal investment losses to Nissan’s books.

The Brazil-born, widely recognized with saving Nissan from the brink of bankruptcy, also faces a charge of requesting to shift his personal investment losses onto Nissan’s books and then using company funds to pay a Saudi associate who stumped up collateral for him.