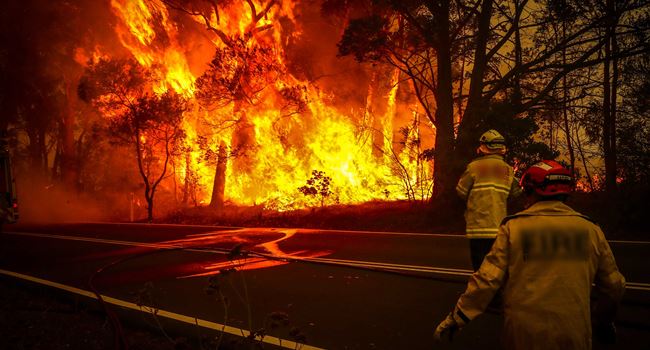 An eyewitness, who gave his name as Onyema Okoro told journalists in Port Harcourt, Rivers State capital, that residents of the area woke up to see a huge flame on the river, with a thick black smoke billowing into the atmosphere.

“The fire was even entering the bush. When the fire came down we saw a boat on fire. The people that were inside, no one was seen coming out.

“People were also scared going close to the place. Later when people got there, they found out it was four persons that were burnt,” he added.

According to Okoro, seven persons who survived but sustained serious burns were rushed into the villages for treatment.

“Some people that the fire touched ran into the bush. The ones they could rescue they took them to the village. But all the chemist shops there said they cannot treat that kind of fire burns.

“So, I don’t know what happened to them again. But for the ones that died, they buried them there because they said according to tradition when people die like that they don’t take them home” he stated.

He also said people from the village were seen buying raw eggs which he said would be used to help in the treatment of the survivors in the inferno.

The spokesman of the State police command, Nnamdi Omoni, said he was yet to get a report of the incident.

Related Topics:deathfirerivers state
Up Next

DSS warns over stockpiling of bombs, weaponry by IPOB