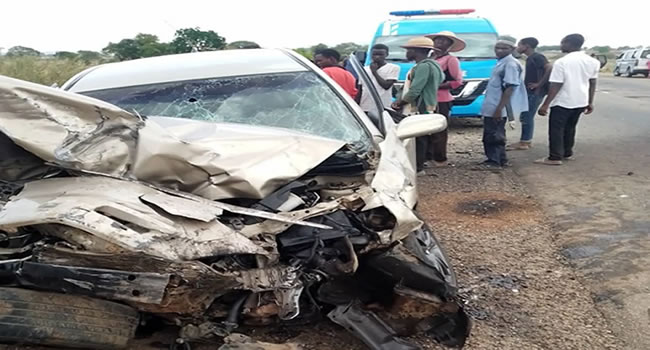 The Bauchi State Command of the Federal Road Safety Corps has disclosed that four people were killed in multiple fatal crashes that happened at Wailo village, along Bauchi-Darazo Highway in the state.

According to him, four other people sustained varying degrees of injuries in the multiple crashes, which happened on Thursday at about 2.45 pm, involved eight male adults.

He said the accident was caused by speed violation and wrongful overtaking, noting that the FRSC was invited and its personnel responded within 30 minutes and arrived at the scene of the crash for a rescue operation.

“The second vehicle is a private Volkswagen Saloon Golf with number plate, MUB739QW. We were called and our men rushed to the scene for a rescue operation. They evacuated them to the General Hospital Darazo for medical attention.

“It was at the hospital that a medical doctor certified four of them dead. Their corpses have been deposited at the mortuary in the same hospital after which they will be released to their families for burial.”

The FRSC boss said the victims have been admitted in the hospital and are responding to medical treatment, however, he advised motorists to obey road traffic regulations to reduce accidents that sometimes lead to loss of lives and properties.