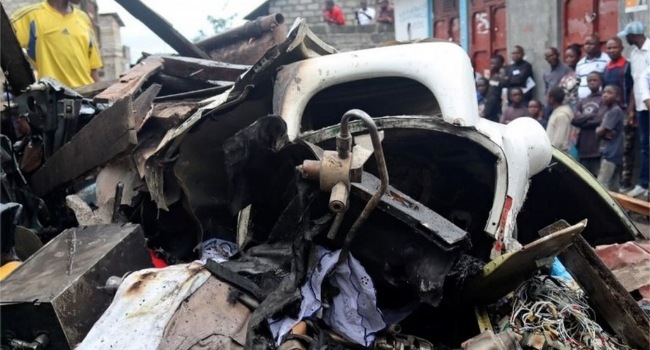 All four persons aboard a small plane are feared dead after it crashed in the east of the Democratic Republic of Congo on Thursday evening.

The Governor of South Kivu province Théo Kasi Ngwabidje made the disclosure on Friday.

While confirming the accident, Ngwabidje, said the cause of the crash will be investigate.

“I have just learned of the crash of an Agefreco Company plane which came from Kalima to Bukavu with 4 people on board. The investigation will determine the causes of the accident. I share the pain with the grieving families and present my most saddened condolences.”

The plane took off from Kinkungwa airfield and disappeared from radar just after the pilot communicated with the Kavumu control tower in Bukavu.

It was seven minutes out before it landed, sources from Bukavu airport say.

Related Topics:DR Congoplane crash
Up Next

Kidnapper Evans’ co-defendants to open their defence, as judge throws out no case submission