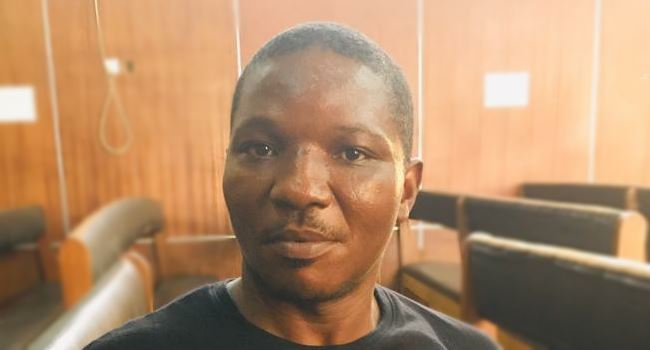 A lawyer, Joseph Odok, who was arrested for allegedly criticising Governor Ben Ayade of Cross River State, has been granted bail.

Odok was arraigned by the police before a Federal High Court sitting in Calabar, the Cross River State capital on charges bordering on Terrorism and Cyber Crime.

The bail is coming after four months since he was arrested at his residence in Abuja and taken to Calabar.

The presiding judge, Justice Simon Amobeda, while granting him bail, ruled that the defendant had shown “exceptional circumstances” to permit the court to exercise its discretion and admit him to bail.

The conditions include a bail bond valued at N10m with two sureties in like sum.

Justice Amobeda added that one of the sureties must be a civil servant with either the state or the Federal Government at Salary Grade Level 13 or above while the other must be a close relative with a verifiable address, while the sureties are expected to depose to an affidavit and provide two passport photographs.

Odok was represented by E. E. Osim, Oliver Osang and Assam Assam Jr from the Abuja branch of the Nigerian Bar Association (NBA).

Read also: KILLING OF CAN LEADER: Boko Haram has shown brazen disregard for the sanctity of life —Amnesty Int’l

The matter was stood down for a few minutes after it was called due to the absence of the prosecution counsel, Dennis Tarhemba.

A police prosecutor from the Cross River State Police Command, C. I. Eze, who entered appearance for the prosecution because of the absence of the prosecution counsel, Dennis Tarhemba, opposed the bail application, submitting that Odok was not sick.

In his ruling, Justice Amobeda held that granting of bail pending trial remained a right enshrined in the constitution, adding that the counter affidavit of the prosecution was “bare as the deponent is a police officer who has no expertise in medicine.”

According to the judge, the “mere claim” of the prosecution that the defendant was not sick was not enough to discountenance the material evidence placed before the court by the defence.

He adjourned the case until January 28 and 29 for trial.

It would be recalled that Odok was arrested at his Abuja residence on September 26, 2019 and was arraigned on October 22, 2019. He pleaded not guilty to the charges.

Serena, Djokovic cruise into third round of Australian Open