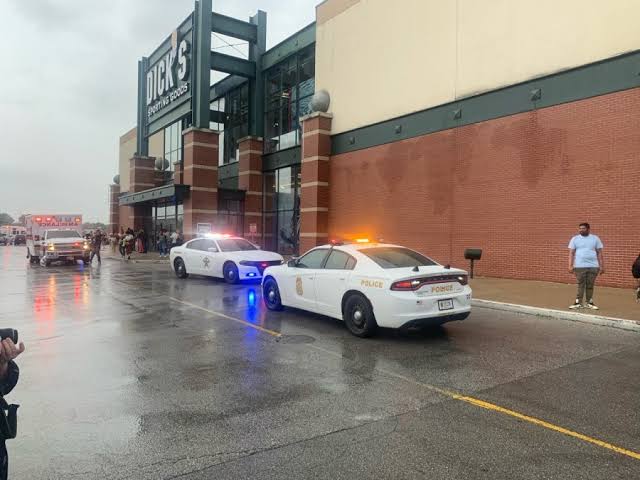 Four persons, including the suspected shooter have been killed after a gunman opened fire at a crowded mall in the south of Indianapolis, U.S on Sunday, the police said.

The Greenwood, Indiana Police Chief, Jim Ison who addressed a press conference shortly after the shooting, said two other people were injured in the attack at Greenwood Park Mall.

“One of the victims remains hospitalized. A 12-year-old girl with abrasions was treated and released.

“Four of six people who were injured or killed were female,” Ison said.

The shooter, according to the police chief, appeared to have been fatally shot by a 22-year-old “good Samaritan” who witnessed the attack and opened fire with a handgun with the intention of ending the assault.

“The real hero of the day was the Samaritan that was lawfully carrying a firearm who was able to stop the shooter almost as soon as it began,” Ison said, praising the young man whom he identified him only as being from Bartholomew County, south of the metro area.

Related Topics:gunmanUS SHOOTING
Up Next