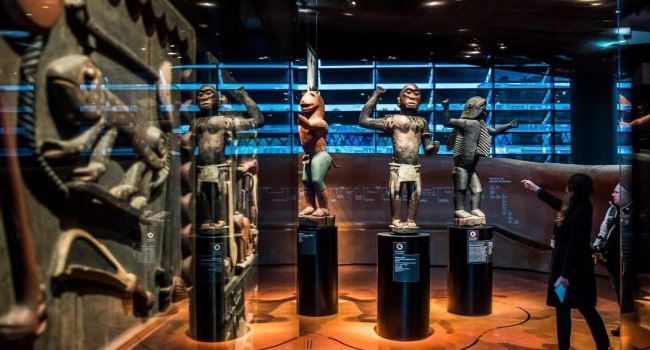 The French culture minister said on Tuesday his government would return artworks taken from Benin Republic during the colonial conquest of the region by 2021.

Franck Riester was speaking on a visit to Benin.

France promised last year to send back 26 pieces now in the Quai Branly museum in Paris without delay, but Benin said it needed time to build a proper exhibition facility.

The 26 thrones and statues were taken in 1892 during a colonial war against the then Kingdom of Dahomey, the BBC reports.

Their return is expected to put pressure on other former colonial powers to hand back artifacts taken during the colonial era.

During colonial rule in Africa, thousands of cultural artifacts were seized from the continent by Western countries.

An experts’ report from last year, states that most of the Africa collection in the Quai Branly museum – approximately 46,000 pieces – was acquired with some degree of duress.