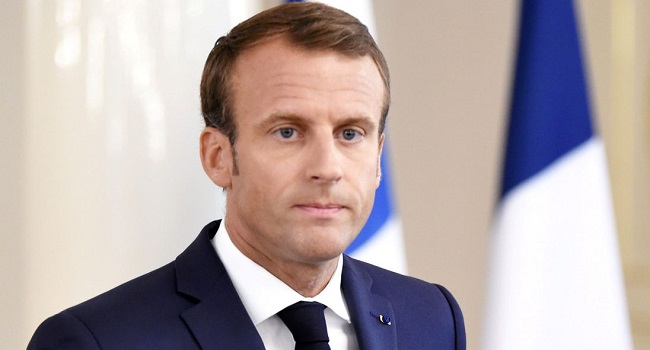 “France is united and Europe is united. At the next European Council, Europe will have to take decisions that will allow it to strengthen the power balance with Turkey to better defend its interests and European values,” Trade Minister Franck Riester told lawmakers, without elaborating.

Erdogan had earlier stated that Macron is in need of “mental checks” over his attitude towards Muslims and Islam leading Paris to recall its ambassador in Ankara.

“What is the problem of this person called Macron with Muslims and Islam? Macron needs treatment on a mental level,” Erdogan said in a speech at a provincial congress of his Justice and Development (AK) Party in the central Turkish city of Kayseri on Sunday.

“What else can be said to a head of state who does not understand freedom of belief and who behaves in this way to millions of people living in his country who are members of a different faith? First of all, have mental checks.”

Erdogan’s comments came after Macron pledged to fight “Islamist separatism”, which he said was threatening to take control in some Muslim communities around France, drawing a sharp rebuke from Erdogan.