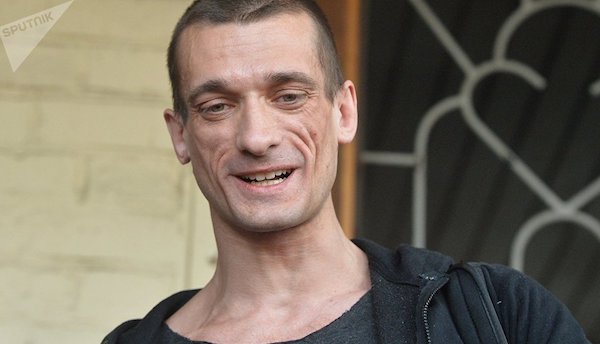 Petr Pavlensky, the Russian activist behind the release of a s3x video that brought down a political ally of President Emmanuel Macron has been arrested by French policemen.

Reports say the Russian activist who released an explicit video which doomed the candidacy of Benjamin Griveaux’s for mayor of Paris was detained by security operative on Saturday.

A little-known website alleged that Mr Griveaux had exchanged intimate mobile phone messages with a young woman and sent her the video with the clip showing a man involved in a s3xual act, online.

The distribution of the clip, which spread quickly across social media on Thursday, attracted condemnation from across the political spectrum with the current Paris Mayor Anne Hidalgo stating that people’s private lives should be respected.

Mr Griveaux, who is married with children and was once a government spokesman, condemned the distribution of the video as he withdrew his candidacy on Friday.

“My family does not deserve this. No-one should ever be subjected to such abuse,” he said.

On Saturday, Mr Griveaux reportedly filed an “invasion of privacy” complaint with the police, and an investigation was opened by the Paris prosecutor’s office, Agence France-Presse reported.