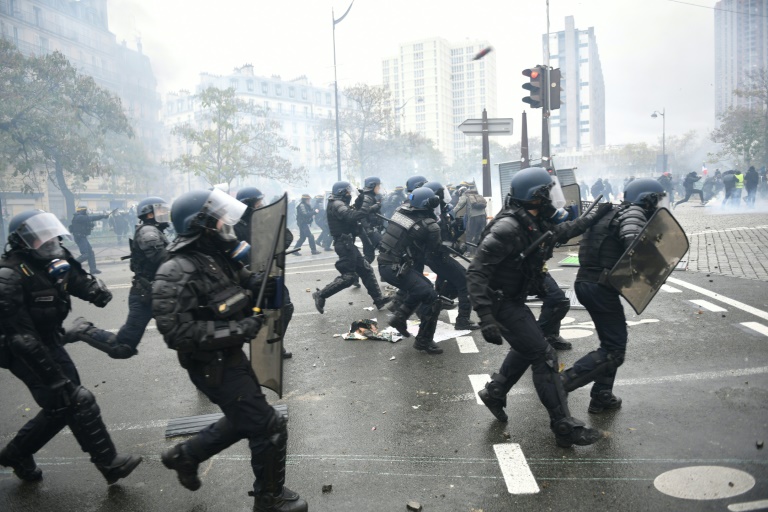 Violent clashes were recorded in the French capital  Paris when a rally to mark the one year anniversary of anti-government “yellow vest” movement turned vicious as police deployed tear gas and water cannons in a bid to drive back protesters.

Reports said some of the protesters who were dressed in black and hid their faces behind masks, vandalized an HSBC bank branch at the Place d’Italie during demonstrations on Saturday.

The incident happened after Paris police prefect Didier Lallement had cancelled permission for a scheduled demonstration following the violence.

“Our response will be very firm. All those who are hiding their faces, all those who are throwing stones are going to be called in for questioning,” he told a news conference, adding that more than 100 people had already been detained by the police.

Elsewhere in France, some 700 people rallied in the eastern city of Lille while clashes broke out in the western city of Nantes where about 1,000 people turned out.