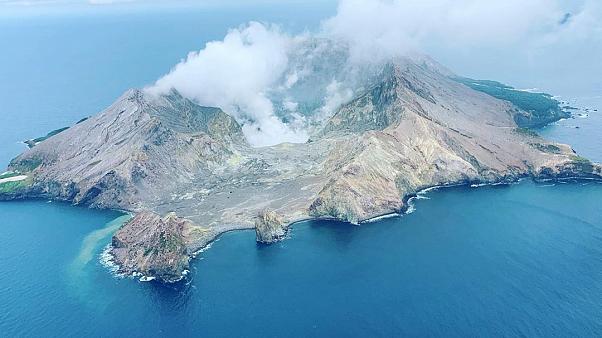 Authorities hoped they would be able to retrieve the eight people presumed dead on the island on Wednesday.

So far, six people have been confirmed dead in the tragedy. Another 25 are in critical condition in hospital with severe burns, the BBC reports.

The volcano, also known as Whakaari, erupted on Monday when dozens of tourists were on the island.

“I’ve spoken to many of those involved in the operation and they are very, very eager to get back there, they want to bring people’s loved ones home,” Prime Minister Jacinda Ardern told reporters.

Meanwhile, the identification process and post mortems of the victims are underway.

“Since around 4:00 am this morning the level of volcanic tremor has significantly increased at the island,” geological agency GeoNet said in a statement on Wednesday morning.

“The situation remains highly uncertain as to future activity. Eruptions in the next 24 hours are still likely to occur.”

“Seismic signals on the island are escalating at the moment,” volcanologist Graham Leonard explained at a police press conference later in the day.

Police said the latest seismology update meant recovery teams had no choice but to wait but were on constant standby to return to the island as soon as possible.

Police Minister Stuart Nash said there were also poisonous gases coming from the volcanic vent and that the island was blanketed in a thick layer of acidic ash.