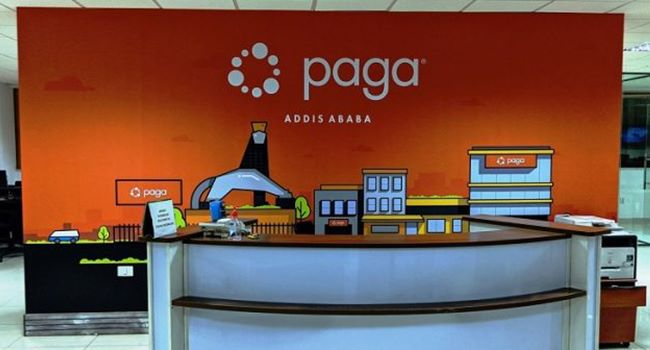 More Nigerian-owned companies, especially those operating in the tech space, have been recording significant growth as they increasingly acquire other startups, fund multimillion projects, or simply expanding to new verticals.

In what can be considered the latest global market expansion by one of Nigeria’s payment company, Paga has announced the acquisition of Ethiopia’s Apposit, its overtime service provider company which has been in charge of its tech demands since 2009.

A lot of profit boost will happen for the Paga business through this development as the payment company (Paga) had not only acquired Apposit to serve as just a full (IT) infrastructure company dedicated to Paga, instead, to see to Paga’s expansion into Ethiopia, another major African market with relatively high population -105 million, as of 2017.

While this sort of expansion is equally a boost to the Nigerian economy, it goes further to showcase the potentials locked in “clean-tech” as a major sector that seems ready to displace the overt dependency of Nigeria’s economy on oil and gas.

As 11years-old Paga puts it, when its founder, Tayo Oviosu, commented on the development: At Paga, we have “refined our mission and vision to birth our massive transformative purpose: to make it simple for one billion people to access and use money.”

Read also: Whatsapp introduces dark mode. Here is why it might be another way to dig Telegram’s grave

No doubt, there is so much in stock for Paga as it explores new fronts. It is for this reason it noted how much the Apposit will boost its operations and yield profitably.

On IT infrastructure, Paga is now certain of benefiting from an endless pool of strategies to scale it beyond consulting a firm as an auxiliary arm when Apposit was only overseeing its digital and security needs.

This Paga’s expansion reminds one of other recent expansions in the tech space as analysts might soon embark on reviewing how well each of these developments are faring. For instance, the case of Cars45’s expansion to Kenya and how Seyi Tinubu’s Loatsad Promomedia acquired Sim Shagaya’s E-motion advertising firm.

For Paga, the CEO of Apposit, Adam Abate, has assured Tayo Oviosu of a robust relationship. It is only left to be seen how true his words are, and how much boost to Paga’s overall profile and business this Apposit acquisition will drive.

In a nutshell, future events, will, thus, tell if Apposits should have remained as an auxiliary arm of Paga, or if Paga’s acquisition was the best industry move to maximise gains by way of disrupting new space.