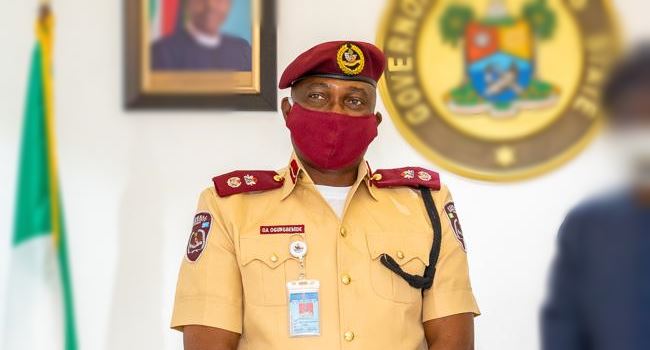 The Federal Road Safety Corps (FRSC) has said it would from Monday (today) commence Operation Show Your Driver’s Licence and Vehicle documents in Lagos State.

A statement on Sunday released by the Lagos FRSC Sector Commander, Olusegun Ogungbemide, and signed by the Route Commander, Olabisi Sonusi, the Sector Public Education Officer, explained that the operation was meant to checkmate the spate of accidents, especially truck-related crashes and fatalities in the state.

Ogungbemide decried the spate of crashes and fatalities linked to articulated vehicles in the state.

He said that some of the crashes were preventable if drivers had been more careful and patient on the roads.

“With the recent increase in the accidents involving articulated vehicles in the state, there is the need for all drivers to be handy with their Drivers licence and valid vehicle papers as the command begins Operation Show Your Driver’s Licence and Vehicle licence.

“The recent upsurge in crashes involving trucks calls for concern on the level of professionalism of such Drivers hence the need to check these documents. The operations starts immediately.

“All vehicles impounded will not be released until they show evidence of having the documents,” the statement read.

The FRSC sector commander cautioned all road users to ensure they obtain all necessary documents that qualified them to use the road.

He vowed that anyone caught without valid documents on the road would be sanctioned as stipulated by the law.

He added that all motorists in the state should ensure they “Drive safe, Stay safe.”