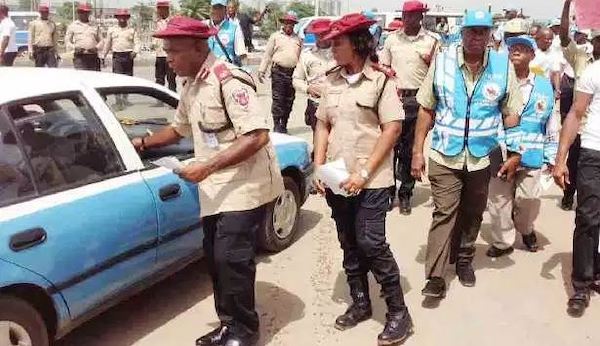 The Federal Road Safety Corps (FRSC) has deployed at least 1,200 operatives and 2,000 special marshals have been deployed to improve safety on roads during Christmas and New Year celebrations in Lagos.

The Sector Commander of the FRSC in Lagos, Mr. Olusegun Ogungbemide, disclosed this to journalists on Monday.

According to him, the command made available 45 patrol vehicles, three ambulances, two bikes, and four tow trucks for patrol across Lagos during the period.

He noted that the deployment of FRSC personnel across the state was to ensure the success of the command’s end-of-year special patrol which began on December 15.

Ogungbemide said: “There are 24-hour-help areas, with situation room opened to attend to emergency requests.

Members of the public are implored to cooperate with the command by adhering to all traffic rules and obeying FRSC operatives during the period.

“Motorists should promptly give information on road crashes for FRSC necessary attention.

“The command is collaborating with some construction companies in making more corridors available.”