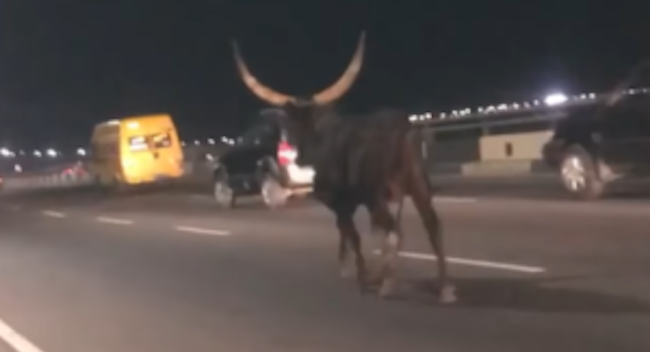 The Federal Road Safety Corps (FRSC) in Lagos State has ordered an investigation into the authenticity of a recent video of a stray cow on the Third Mainland Bridge, Lagos.

The FRSC Sector Commander in the state, Olusegun Ogungbemide, said in a statement on Friday that the command had watched the video that surfaced on social media and condemned the incident totally.

The incident occurred in the early hours of Wednesday.

Ogungbemide said: “I confirmed that the command had carefully watched the viral video and condemned the incident.

“The command has, therefore, directed a full investigation into the authenticity of the viral video and the source of the cow to forestall future occurrence.”

He, however, charged livestock owners to ensure their animals are prevented from causing distractions to motorists plying roads in the state.

The FRSC official also advised road users to be more vigilant on the expressway.

Related Topics:CowFRSCthird mainland bridge
Up Next