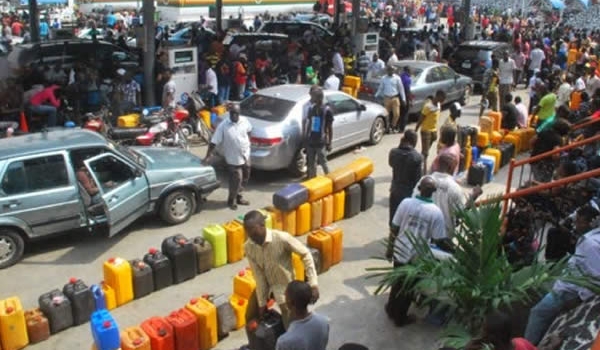 The Lagos State Traffic Management Authority (LASTMA) has called on motorists to maintain orderly queues for petrol in a bid to prevent serious traffic gridlock to other road users.

This was as long queues resurfaced on major streets of Lagos State as scarcity of the Premium Motor Spirit, also known as petrol, hit the country again.
The caution was given yesterday by the General Manager of LASTMA, Mr. Bolaji Oreagba, while deploying more officers of the Authority on monitoring of traffic around filling stations all over the state.

He explained that the deployment became crucial after reports of long queues around filling stations caused by motorists parking indiscriminately and blocking roads while queuing up and waiting to buy fuel.

Oreagba further lamented over the disorderly behaviour of some drivers, who allegedly queue up haphazardly and block traffic flow around various petrol stations.
He also called on petrol marketers to ensure that products are sold in an orderly manner that would not infringe on the right of other road users to free movement.

He said: “The scarcity of fuel being experienced is not an excuse to block and impede traffic flows across Lagos
“We want our roads to be free; we do not want fuel queues to constitute a burden for other road users in Lagos.”