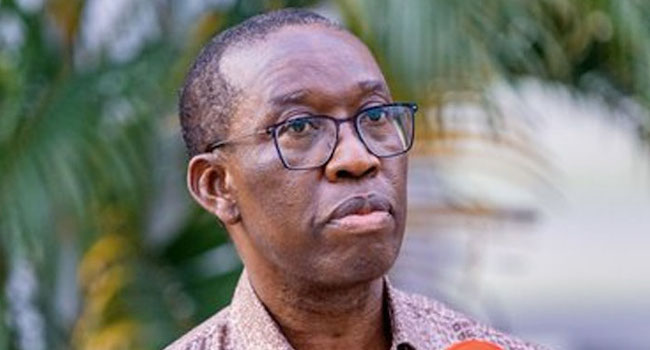 A group, which claims to be made up of Fulanis, has written the Governor of Delta State, Ifeanyi Okowa, threatening Jihadist attacks on some strategic facilities in the state if he fails to withdraw his support for a ban on open grazing enacted by southern governors.

In the unsigned letter pasted on some locations in Asaba, the state capital on Sunday, the group gave Okowa 72 hours to withdraw his support for the ban or face series of attacks in the city.

In the unsigned letter titled “Fulani Jihadist warning: An open message to Delta State’, and dated June 13, the group said they have earmarked some locations including the fence of the Living Faith Church, also known as Winners Chapel, located along Infant Jesus Road.

“This is to inform Delta State that the Fulani of Usman Dan Fodio leadership shall do everything it can to uphold the legacy of our heritage of open grazing; for we are nomadic people from origination and shall never negotiate the ownership of Nigeria, West Africa and Sub-Sahara.

“We hereby demand the Governor of Delta State to immediately withdraw his earlier stand on the call to ban open grazing in 17 regions (states) in not less than 72 hours from the above date, and also withdraw his position as the leading voice for the governors.

“Failure to adhere to this demand for being the host of the 17 governors, Delta State, most likely, the city of Asaba and Agbor, shall encounter severe consequences than that of Bornu, Kebbi, Kastina, Kaduna, Enugu, Benue, Oyo and many more that will not respect the Fulani’s heritage.

“We take responsibility for the detonated explosive uncovered in the state capital secretariat, which should serve as a warning to the Delta State Government for what is to come should the governor fail to abide to our demand.

“We highly advise all Fulani and northerners, including the security personnel, to leave Delta State as soon as possible for the wind of our action is now present in the land. Failure of the governor to adhere to our call shall live us with no other choice.”

Though the state Commissioner of Police, CP Muhammed Ali, has not confirmed the existence of the letter, residents of the state have been worried as some of them expressed shock and called on the government to put security personnel on red alert to forestall any possible attack or invasion of the state.

A resident who spoke to Ripples Nigeria on Monday, Ogaga Terry, said he had to rush down to the Winners Chapel to pick his family after he heard the rumour.

A senior police officer, Bala Kawu, who also spoke with Ripples Nigeria, said the threat should not be taken with levity.

“I want the governor to take the threat seriously because like we all know, the Fulani people don’t issue empty threats. I am from the north and I know them fairly well. They don’t issue threats without carrying them out.

“But I am sure the CP will not fold his arms and allow them to carry out attacks in the state. We will be ready for them, I can assure you.”

PDP governors to meet on Nigerian economy, others Monday