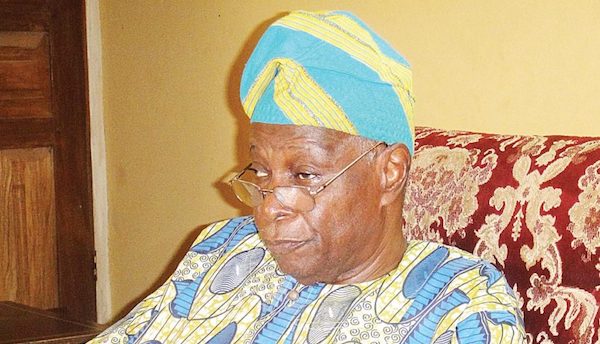 A former Secretary to the Government of the Federation, Chief Olu Falae, on Wednesday, recalled how a gang of Fulani herdsmen attacked his farm in Ondo State, abducted him and killed his security guard about six years ago.

Falae, who recalled his harrowing experience in the hands of the herdsmen during a chat with journalists, said the marauders butchered the guard named Ayo and took away his heart and rifle.

A group of 20 herdsmen had in September 2015 abducted the elder statesman from his farm in Ilado Village, Akure North local government area of the state.

However, seven out of the herdsmen were sentenced to life imprisonment by the Ondo State High Court on April 10, 2017.

Falae said: “Today is exactly 32 years and two weeks that I started operating here. And the cattle and their owners became a veritable threat or tool for harassment in the last four, five years. At first, they would come in the night to drink water. We were tolerant and they did not stay here.

“We told them, just drink water and go; I did not allow them. Later, they would come in the night, eat our maize and go. I complained to their people more than 10 times. Later still, elements of the same people kidnapped me.

“When people say they were Fulani kidnappers, they ask you, how do you know they are (Fulani)? But everybody knows a Fulani man. Fulani himself knows himself. They are not children. When they were brought to court, they said they were Fulani themselves and most of them were jailed by the court.

“I have been at the receiving end a lot of times. After I was kidnapped, they came back and killed one of the guards – Ayo. They killed him, opened his chest, and took away his heart.

“The double-barrelled gun, they took it away from him and killed him. It is still an unresolved murder case with the police.

“Is it economic? I am an economist myself. They burnt the non-crop area because the grass was already dry. Cows don’t eat dry grass. They burnt it so that fresh grass will grow. They were already breeding my grass as if it was their land.”