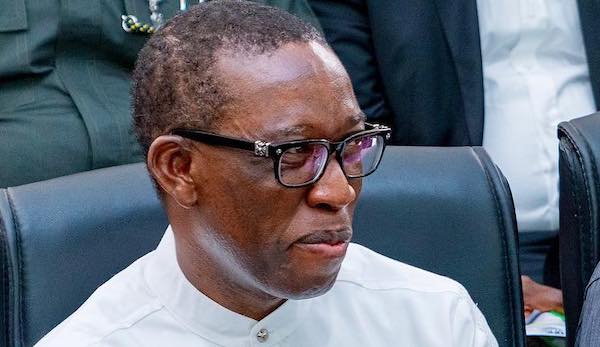 Leaders of the Fulani community in Delta State, have disowned a letter purportedly written by a group threatening Jihadist attacks on some locations in Asaba and Agbor if Governor Ifeanyi Okowa does not withdraw his support for the ban on open grazing in the southern part of the country within 72 hours.

The anonymous letter which were pasted in some strategic locations in the state capital on Sunday, had warned that there will be massive attacks in the oil-rich state at the expiration of the ultimatum.

However, following public outcry amidst counter threats by a Niger Delta militant group, Movement for the Emancipation and Defence of the Niger Delta (MEND), the Fulani leaders came out to distance itself from the threat letter.

At a press conference held in Asaba on Monday, the Fulani leaders declared they had nothing to do with the letter as they can never go as far as threatening the people they have been living together with in peace for decades.

The Fulani leaders including a Senior Special Assistant to Governor Okowa on Special Duties, Muktar Usman, Musa Mohammed, the Sarkin Fulani of Delta, Haruna Abubakar, Useni Haruna, among others, insisted that none of their members was responsible for the publication.

While addressing journalists at the parley, Usman said they were disappointed with the anonymous publication, adding that fear of attack by their host communities had heightened since Sunday.

“We are not part and parcel of that nonsense, and we condemn this act in all ramifications.

“We are calling on the state government and security agencies to fish out those behind it.

“We are more accepted in Delta than in our own states of origin. I want to encourage our people to remain peace-loving and not create unnecessary tension.

“Since Sunday, all Fulanis have been panicking, they were expecting that the host community can attack them at any time, of which they do not know what is going,” Usman said.

On his part Mohammed said Fulanis have been in Delta for over 40 years and as such, cannot threaten their host community.

“This is our home and we cannot create problems for the state because this is where we earn a living.

“Government should bring those people who did that publication. We are very peace-loving and Delta has been good to us,” Mohammed said.

Miyetti Allah dissociates itself from Jihadists’ threat to attack Delta