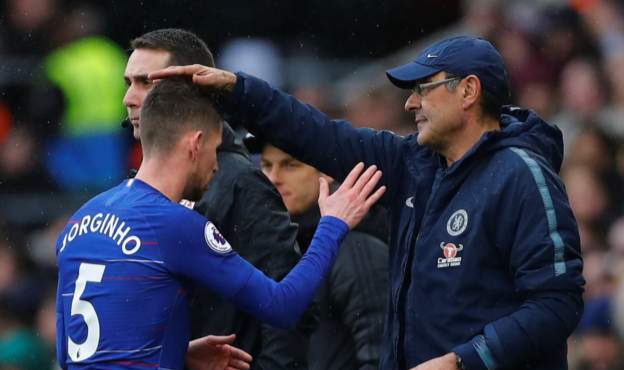 Kepa Arrizabalaga returned to Chelsea’s starting lineup in their clash against Fulham after being absent in their last match following his refusal to be substituted in the game before.

The Blues had a successful outing at Fulham, winning 2-1 against the struggling side in the Premier League.

All three goals of the game were scored in a thrilling first half.

Gonzalo Higuain put Chelsea in front with a fine low finish in the 20th minute, before Chambers equalised for Fulham 7 minutes later from corner.

Chelsea then restored their lead with a precise Jorginho finish just around the half-hour mark.

A Ryan Sessegnon goal in injury time could have shared the spoils between the two team, but it was disallowed for offside.