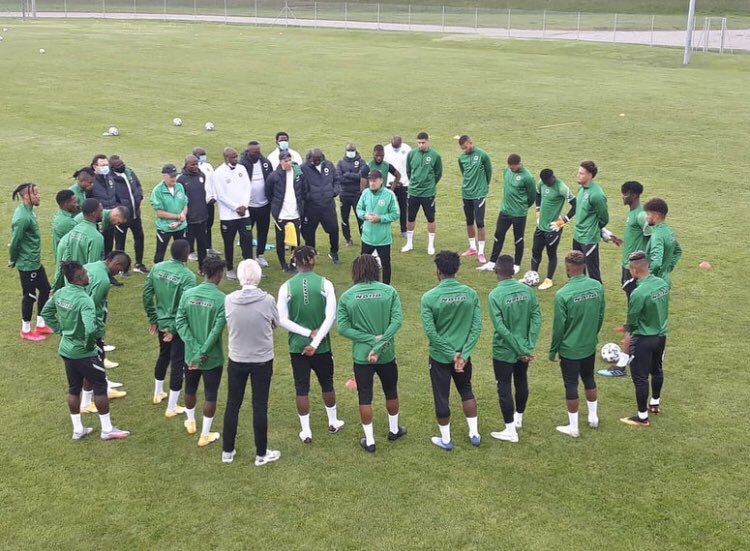 All invited Super Eagles players expected in Austria for the international friendly against Algeria have arrived and training has resumed.

The Nigeria national team are set to face the champions of Africa in a friendly game on October 9, before playing Tunisia four days later.

The last set of players, including Paul Onuachu from Belgium and Ahmed Musa from Saudi Arabia, arrived the team’s Hotel Die Ziet on Tuesday.

Meanwhile, the Gernot Rohr boys had their first training session earlier on Tuesday.

Onuachu, who has been a redhot striker in the Belgian League with Genk, joined the team as a replacement for Victor Osimhen, who was excused by the football federation.

Meanwhile, Wilfred Ndidi and Oghenekaro Etebo are not in camp due to injuries.

With all the 24 invited players now in camp, the team is now expected to intensify preparation for the game against the Fennecs. 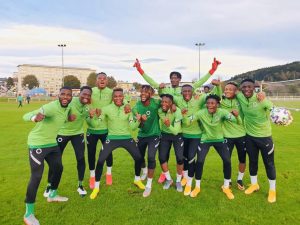 The team were divided into two on Tuesday evening, and another training session held, with all players available.

The Eagles will take on Algeria on Friday night, and tackle Tunisia next week Tuesday.