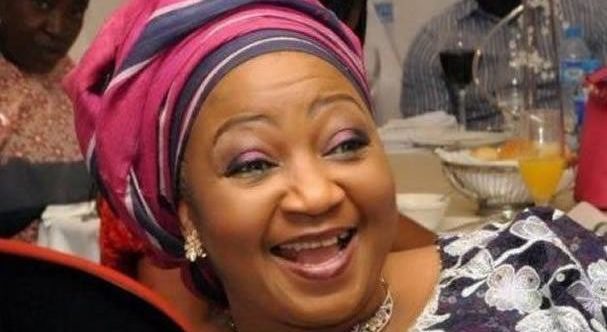 Pan-Yoruba socio-cultural organisation, Afenifere, has alleged that the Nigeria Police was planning to sweep the murder of Mrs Funke Olakunrin under the carpet.

Mrs Olakunrin, the daughter of Afenifere leader, Chief Reuben Fasoranti, was killed about two months ago by suspected kidnappers.

In a statement on Sunday by its National Publicity Secretary, Yinka Odumakin, the group condemned what it described as the lackadaisical attitude of the police, adding that investigation by the police had been shoddy.

Afenifere noted that the driver of the car in which the deceased was killed had not been asked a question by the police till date.

Odumakin recalled that, “Mr. Kehinde Fasoranti, the junior brother of the deceased had stated openly a day after the incident that the police in Ore told him the sister was killed by Fulani herdsmen when he went to collect her body the day she was killed and challenged the police to bring out the statement he wrote at their station.

“They have not contradicted him till date. The first sign we got that there was no attempt to launch any serious investigation into the murder was when the car in which she was killed was released to the family from Ore police station the day after the murder without any forensic investigation into the most prized evidence at the scene of the crime.

“It was when we engaged the police high command that they came to pick the car six days later. The car has now been returned to the family with no report on the examination report. Indeed, there was no attempt to carry out any autopsy on the corpse until we also demanded one from the police before the burial.

“One was carried out and only that report was given to the family when they went to collect the car. Beyond this, the police has not made any briefing to the family on their investigations into this dastardly act.

The group said there were other developments that gave them cause to worry about the police investigations into the murder. It claimed that few days after the murder, a staff of the deceased’s husband, Bankole Olatunbosun was arrested for being in touch with Mr. Olakunri’s driver, Femi Ajayi who drove the Sienna bus in the deceased convoy.

“A week after the killing, Femi was brought into the family house in Akure by police officers in the anti-kidnap unit. The story from the crime scene was that Femi got down from the Sienna bus and followed the gunmen who killed Mrs. Olakunri.

“He claimed he was kidnapped but there is no evidence of ransom requested from him or his family. He and Bankole Olatunbosun are now free men. Femi even sauntered into the Fasoranti family house three days ago.

“All the above put together suggest to us clearly that the police have not done any serious investigations into this murder. And it worries us that we are seeing all the signs of lethargy that usually attend high profile murders with powerful masterminds in our country.

“Afenifere therefore calls on all those who respect human lives in Nigeria and across the world to join us in asking the police and by extension the authors of “where are the cows?” Where are the killers of Funke Olakunri?”

36 cows killed by lightning on sacred grove in Ondo