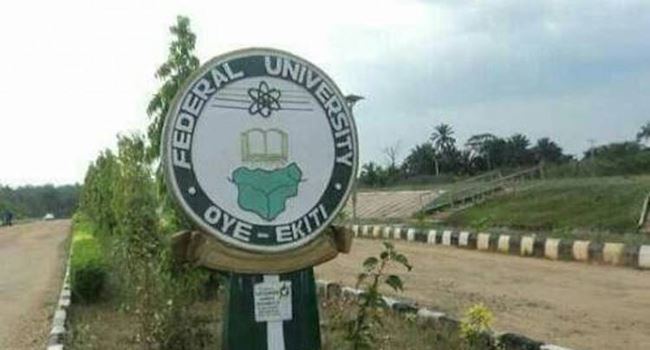 The management of the Federal University, Oye Ekiti (FUOYE) has sacked the embattled Registrar of the institution, Mr. Olatunbosun Odusanya, for alleged misconduct.

The university’s Governing Council had on April 20 suspended Odusanya to allow investigations into allegations of misconduct leveled against him over irregularities in appointments between August last year and February 2021.

The university confirmed the registrar’s sack in a joint statement issued by the institution’s Chief Information Officer, Foluso Ogunmodede and the Special Adviser on Media Matters to the Vice-Chancellor, Wole Balogun, on Wednesday.

The statement read: “His sack was approved by the University Governing Council on Tuesday after critically looking at a report by the Council Disciplinary Committee set up to review the report of the Investigative Committee which reviewed all appointments during the period.

“However, the Council has approved Mr. Mufutau Ibrahim as FUOYE’s Acting Registrar.”