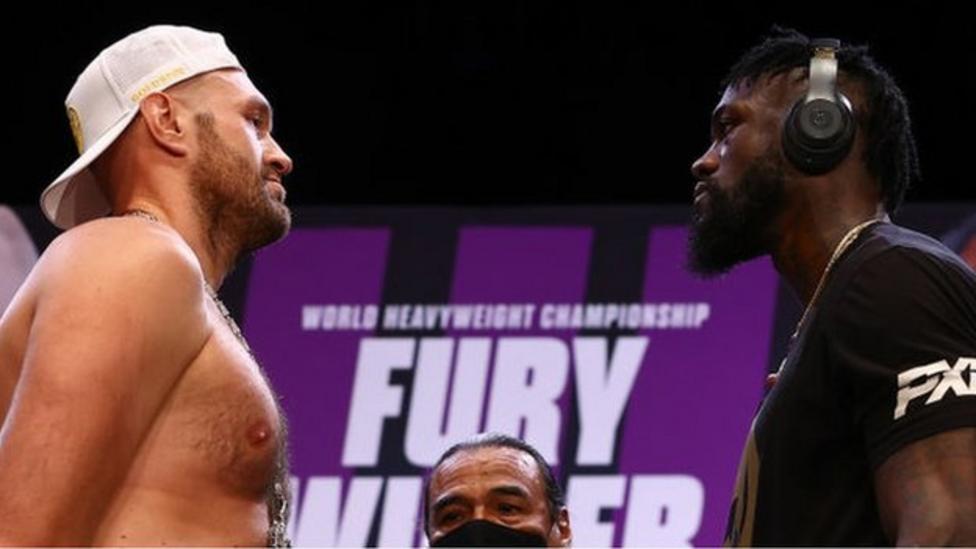 British heavyweight boxer, Tyson Fury and American Deontay Wilder are set to face each other for the third time in Las Vegas on Saturday night.

Fury will be putting his WBC heavyweight belt in line for the fight considered as one of the most-anticipated boxing show in 2021.

The Briton will be defending the WBC crown against the American, who he stopped in the seventh round during their second fight 20 months ago.

The defeat was Wilder’s first of a 44-fight professional career and he will be hoping to reclaim his lost title when they take on each other in their trilogy bout.

The show will take place at the T-mobile Arena in Las Vegas, and will begin at about 4:00a.m Nigeria time.

Meanwhile, Fury has reacted to the decision to name an all-American panel of judges for the show.

The Nevada State Athletic Commission had confirmed their officials for Saturday’s heavyweight fight in Las Vegas.

Tim Cheatham and Dave Moretti, both from Nevada, will be joined by Steve Weisfeld of New Jersey on the judges’ table for the Fury,Wilder contest.

Veteran referee Russell Mora, also of Nevada, will be the third person in the ring on the night.

“It’s good, because I am a U.S. person,” the Briton told Boxing Scene.

“I am happy there are only U.S. judges because this is my home here in Las Vegas. And, you know, from what I have found, the U.S. boxing people are very, very fair people.

“I have never known them not to be. It is usually the British that are the ones you get a robbery against.”