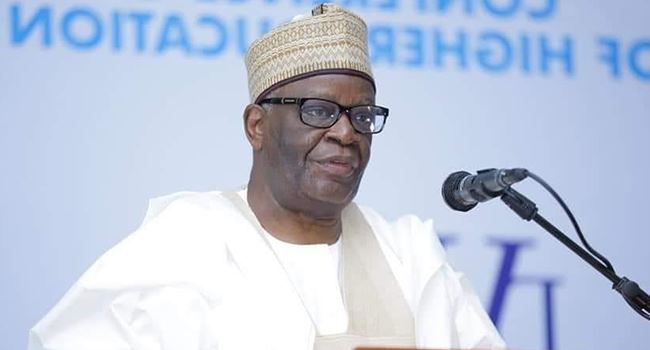 The Presidency on Wednesday night raised the alarm over the activities of fraudulent people who have come up with fake social media accounts in the name of the new Chief of Staff to President Muhammadu Buhari, Professor Ibrahim Agboola Gambari.

According to the presidency, the new Chief of Staff does not have any social media account for now.

The fake accounts surfaced barely hours after the former Nigerian Permanent Representative to the United Nations assumed office as CoS, replacing the late Abba Kyari, who died weeks after testing positive for COVID-19.

Many accounts have been opened on Twitter and other social media platforms with the name ‘Prof. Ibrahim Gambari’, ‘Professor Gambari Ibrahim’ and so on.

The Special Assistant to the President on New Media, Bashir Ahmad made this known via his Twitter handle on Wednesday night.

“DISCLAIMER: All the twitter accounts bearing Professor Ibrahim Gambari, the Chief of Staff to President @MBuhari are fake, the new CoS doesn’t have an account on twitter or on any social media platform. If he wishes to have one, it will be communicated properly”, Ahmad wrote.

Related Topics:Gambarisocial media
Up Next