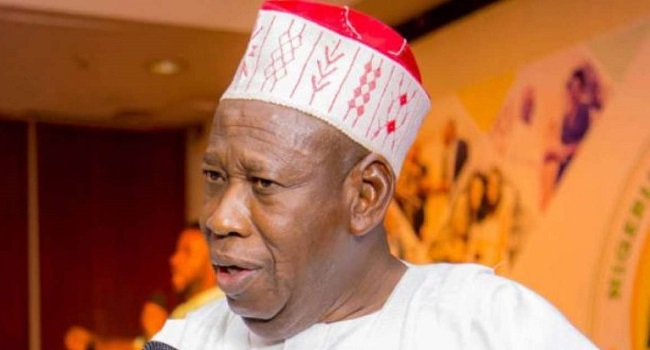 Kano State Governor, Abdullahi Umar Ganduje, has promised to investigate the case of nine children who were kidnapped and trafficked from Kano to Anambra State.

The Kano State Police Command had on Friday reunited nine kids who were allegedly kidnapped and sold in Anambra State with their parents.

The children, aged between two and 10 years, were said to have been kidnapped from various locations within the state capital. Some had been reported missing since 2014.

Governor Ganuje, in a statement signed by his Chief Press Secretary, Abba Anwar, on Tuesday assured that the arrested suspects would be prosecuted and punished accordingly if found guilty.

“Kidnapping is seriously abhorred and condemnable. What is more worrisome is the age of the victims, kids for that matter. My administration, Kano people and any right-thinking individual or groups of individuals, condemn this from all standpoints,” he said, adding that “no criminal will go scot-free”.

He further stated that the government will identify and invite the parents of the rescued children for further discussion while working with the security agencies to unearth similar cases.

“No stone will be unturned,” he stated.

“We are coming up with a powerful committee that will critically look at this disturbing scenario, with the view to seeing to the root cause and avert re-occurrence.