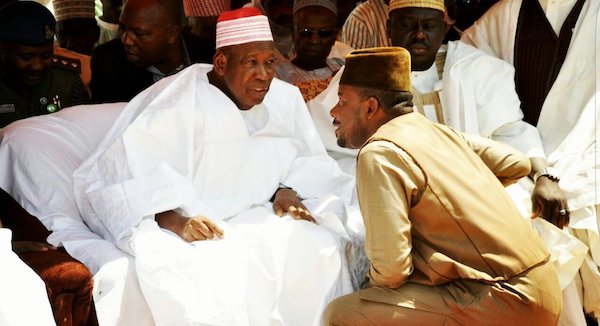 Yakasai (aka Dawisu) had on Sunday, via a post on twitter, asked Sanusi to shut up for advocating that the parents of nine children abducted from Kano and trafficked to Onitsha in Anambra State be jailed for neglecting their children to roam in the street aimlessly.

Sanusi had on Saturday said Igbos should not be attacked, rather the parents should blamed for the incident, insisting that many northern parents had the habit of allowing their children roam the streets to beg thereby making them vulnerable to kidnap.

Responding, Yakasai who is the Director-General of Media and Communications, Kano State Government, asked the emir to “stop opening his filthy mouth.”

He said: “A very reckless comment to make. I wonder if any of his relatives get kidnapped or stolen, he will act the same way. The kids are not almajiris for goodness sake. SLS (Sanusi Lamido Sanusi) should have kept quiet instead of opening his filthy mouth to make such insensitive remarks. Nonsense!”

He added that “After weeks of the #Kano9 issue without SLS having anything to say like commending the security forces for a job well done or adding his voice for the full prosecution of the culprits, all he could think of now is that the parents are to be blamed. Such an insensitive person.”

Yakasai was, however, cautioned by several Twitter users for insulting the monarch.

Adamu Sarki Aliyu tweeted, “Our royal highness is on track. What he said is good. Don’t politicise his statement.”

Lamido tweeted, “Dawisu has lost it a long time ago. I don’t know why he chose to be bitter with Muhammad Sanusi.”

AbdulMumeen AbdulLah said, “I think your problem with the emir is personal. This is beyond you being SA to the governor and thereby acting professionally. The emir maybe wrong in what he said, but you using words like “filthy” to describe the emir is certainly personal. We should try 2 exercise restraints.”

Also reacting, @AY_Zarewa said, “Dawisu has been ranting all over Twitter about SLS’ words, where are his children at 10pm? Does he leave them roaming the streets? Go to Yakasai by 10.30pm, you’ll see the meaning of negligence. This contributes to child trafficking and rape, like it or not.”

Dípò Awójídé wrote, “The respected Emir Muhammadu Sanusi (SLS) spoke the truth. Besides criminal abduction of children, why are there so many kids from the North roaming the streets without parental supervision and care? Why are there still millions of out of school children in the North?”

Some others took sides with Yakasai.

Mohd Saleh faulted the emir for blaming the parents, saying, “No, SLS, you cannot blame the victim. This is tantamount to blaming a rape victim for indecent dressing.”

Elegbede said: “The emir was wrong for not saying anything about the perpetrators. What he said about the parents is not out of place.” @dawisu is just too childish. He is rude and I am sure his parents can’t be proud of such nasty behavior. Have you seen Ganduje’s kids insult the Emir? So sad.” 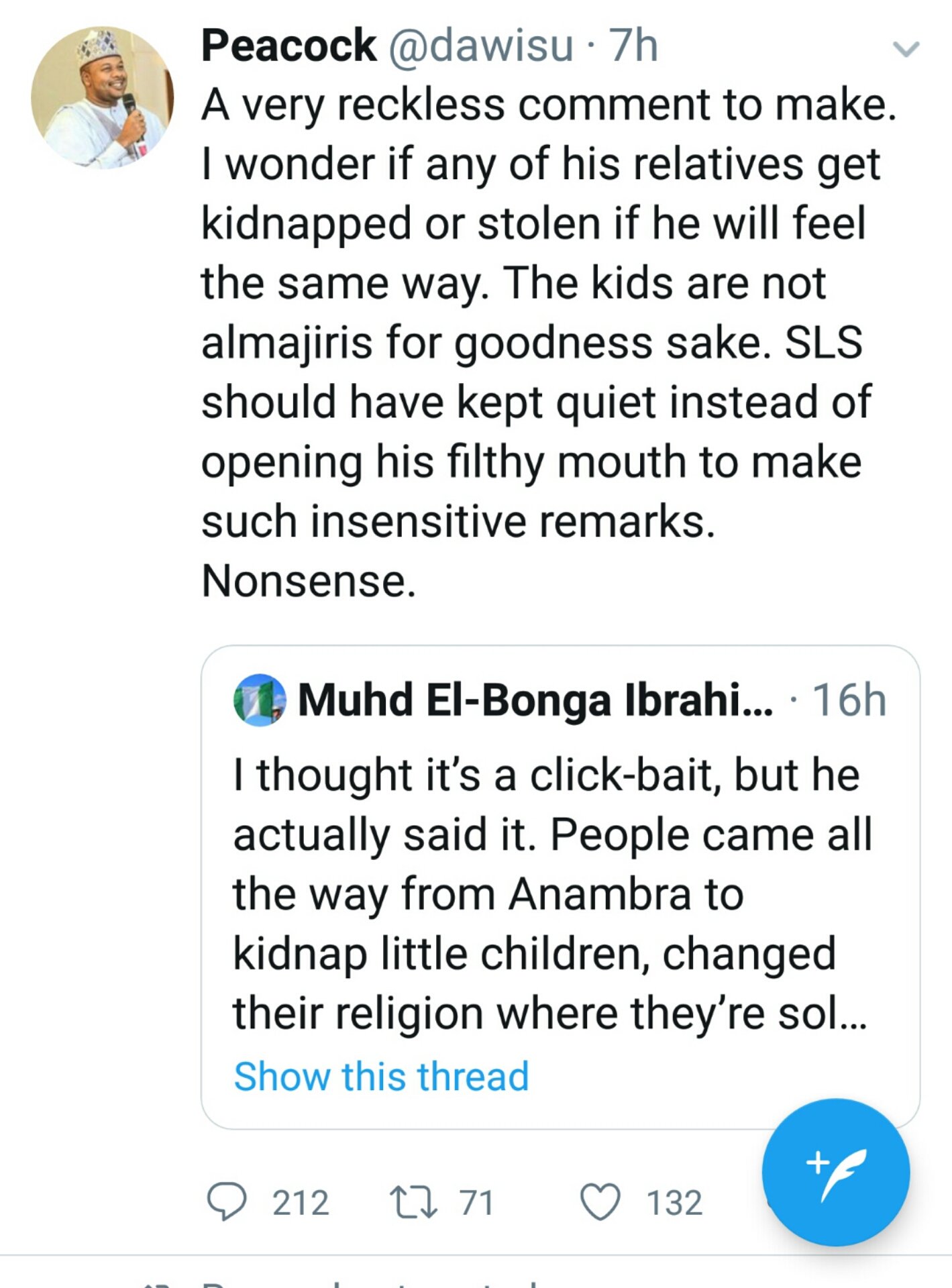 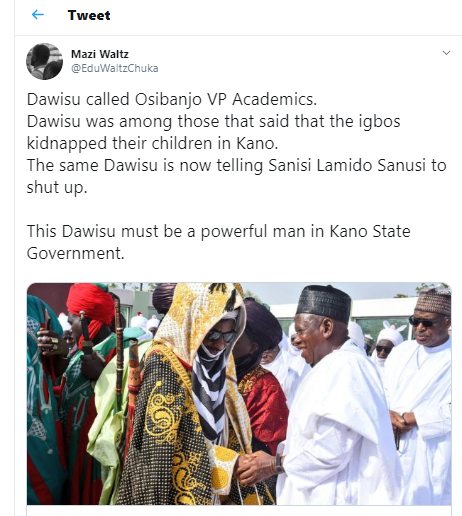