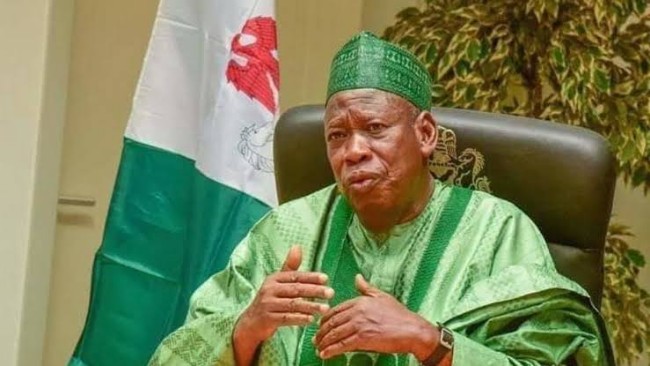 The All Progressives Congress (APC) faction loyal to Kano State Governor, Abdullahi Ganduje, has, once again, lost to the faction led by former Governor, Senator Ibrahim Shekarau, as a High Court in Abuja struck out its application for a stay of execution.

The Ganduje faction of the party had filed the application following an earlier court ruling nullifying the ward and local government congresses of the party conducted by the faction which produced Alhaji Abdullahi Abbas as Chairman.

An FCT High Court had, in November 2021, recognized the congresses conducted by the Shekarau faction which saw the emergence of Ahmadu Haruna Zago as the state party Chairman.

But not satisfied with the outcome of the judgement, the Ganduje-led faction filed a motion seeking the court to set aside its decision on the ward congress.

But at the resumed sitting on Thursday, the presiding judge of the court, Justice Hamza Muazu, dismissed the motion and fined the the appellants the sum of N1 million for filing ‘frivolous and time-wasting motions.’

The court further held that the local government congress conducted by the Senator Shekarau faction remains valid and that they have the right to elect the state exco.

Justice Muazu said all the applications by the Ganduje faction were incompetent on the grounds that there was another appeal pending on the matter at the court of appeal by the defendants.

The applicants in the suit were Muntaka Bala Sulyman with 17, 980 members of the party, while the defendants were the APC as first defendant, Mai Mala Buni, Caretaker Chairman; Sen. John Akpanudoedehe, National Secretary and; Independent National Electoral Commission, as the fourth defendant.

Related Topics:#featuredAPCGandujeKano State
Up Next

2023: I will fight corruption to a standstill as Nigeria’s President – Umahi