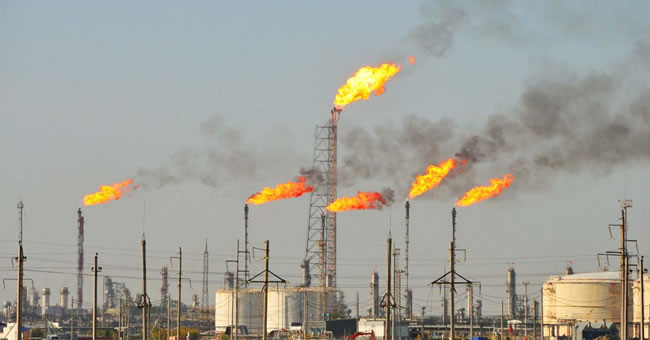 Nigeria literally threw N197 billion into the flames in the first nine months of 2018, representing the value of gas flared during the period.

According to data from the Nigeria National Petroleum Corporation (NNPC) oil and gas companies operating in the country flared a total of 215.9 billion standard cubic feet of natural gas in the first nine months of 2018.

It said: “This translates to a total supply of 1,011.96 mmscfd of gas to the domestic market and 3,724.26 mmscfd of gas supplied to the export market for the month.

“This implies that 59.47 per cent of the average daily gas produced was commercialised while the balance of 40.53 per cent was re-injected, used as upstream fuel gas or flared. Gas flare rate was 8.60 per cent for the month under review i.e. 684.69mmscfd compared with average gas flare rate of 10.17 per cent i.e. 800.59mmscfd for the period September 2017 to September 2018.”

The NNPC further said that the total gas supply from September 2017 to September 2018 stood at 3.094 trillion scf, out of which 464.48 billion scf and 1.331 trillion scf were commercialised for the domestic and export market respectively.

‘This country can never change, I swear.’ More on what Amaechi allegedly said in leaked audio (Listen)