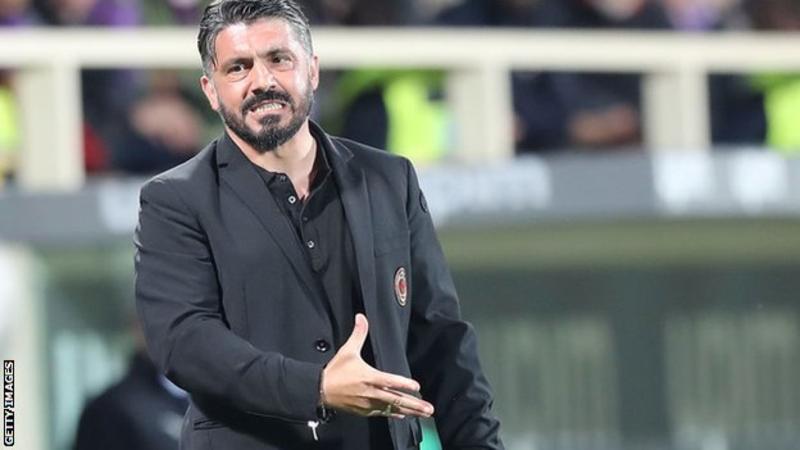 Former AC Milan manager, Gennaro Gattuso has been appointed to replace Carlo Ancelotti as the head coach of Italian Serie A club, Napoli.

Ancelotti was sacked just hours after taking Napoli into the Champions League last 16 with a 4-0 win over Genk on Tuesday night.

Napoli had failed win their past nine games before Tuesday’s victory.

New boss Gattuso, who left AC Milan at the end of last season, said his new team “need to work hard, win back points and come through this tricky period.”

The 41-year-old former defender played under Ancelotti at AC Milan during his playing career.

He added: “He (Ancelotti) is like a father to me. He’s always been close to me and supported me. He’s won it all and I still have a lot to prove.”

Napoli are currently seventh in Serie A, eight points off the top four.