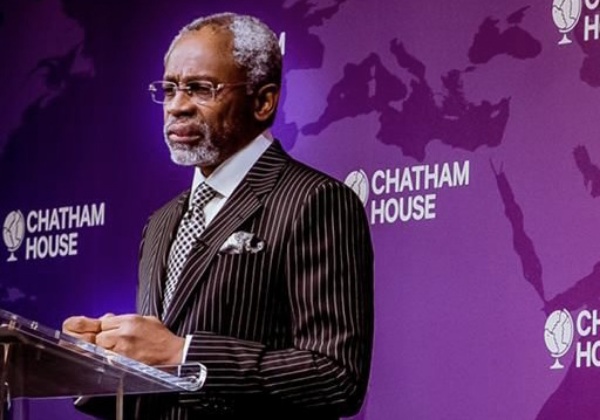 Speaker of House of Representatives, Femi Gbajabiamila, has demanded for the urgent review of campaign laws in Nigeria in order to clean up the flow of money injected into the political process.

The speaker, according to a statement signed by his Special Adviser on Media and Publicity, Lanre Lasisi, spoke at the Royal Institute of International Affairs, Chatham House on Thursday, where he presented a paper on ‘Consolidating Nigeria’s Democracy: Prospects for Strengthening Nigeria’s Electoral Systems Ahead of 2023 Elections.’

He said that exorbitant fees charged by various political parties for political activities constituted a big risk for the future of the country.

“Clearly we need to reform our campaign finance laws and the entire system through which we fund politics and political operations in the country. This would require amendments to both the Constitution and the Electoral Act.

“To be effective, such campaign finance reform legislation will impose a financial reporting mandates on candidates and campaigns and impose severe penalities on violaters”.

The Speaker also stressed that Nigeria’s democracy is fragile and young, adding that “its sustainability requires dedicated efforts as the success or failure of the 2023 elections would impact the Nigerian people, the African continent and indeed, the world”.

The Speaker stated, that it may help clean up the flow of money into the political process, adding, “but there is a real risk that this ends up making the process more expensive by creating regulatory compliance costs.

“So, as we consider this option, we will consider others too and remain open to new ideas.”

Looking back, the Speaker outlined the steps taken by the National Assembly to ensure substantial improvement to the Nigerian electoral system, saying, “After every election cycle, the National Assembly has initiated steps to document experiences, extrapolate lessons learned and, on that basis, amend the electoral laws to plug gaps and remove bottlenecks.

“Each electoral amendment effort reflects a considered attempt to provide a more robust statutory framework for elections. From the internal party processes to the final declaration of results and even pre and post-election litigation.

“At the same time, the Independent National Electoral Commission has in the last decade shown a remarkable willingness to learn from its own mistakes, embrace new technology, engage stakeholders and take proactive action to ensure public faith in the electioneering process.

“They, and indeed the legislature, have often been helped in our joint efforts by aid and support from our international friends who understand that Nigeria’s democracy has been hard-won and deserves to be protected by all prudent and necessary means.”

There have been criticisms over the amount of money charged by the two major political parties in the country for the purchase of presidential forms by aspirants. While the opposition Peoples Democratic Party (PDP) pegged its forms at N50 million, the ruling All Progressives Congress is collecting N100 million for the presidential forms.