Home » Politics » Gbajabiamila insists he has never been convicted for fraud 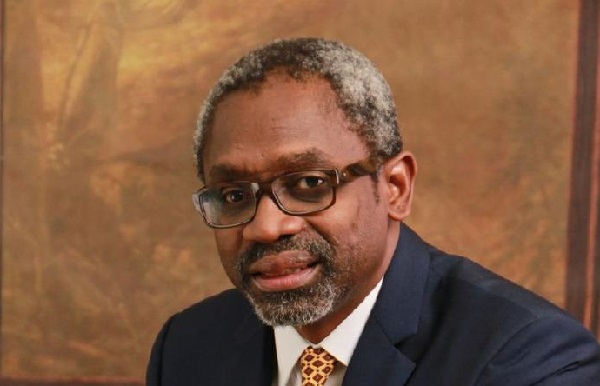 All Progressive Congress (APC) speakership aspirant in the incoming House of Representatives of the 9th National Assembly, Femi Gbajabiamila has denied claims of criminal allegations against him.

The Coalition of United Political Parties (CUPP) had on Tuesday showed documented evidence that Gbajabiamila was convicted by the supreme court of the State of Georgia in the United State of America, USA over criminal offences.

It also stated that it has, through the Action Peoples Party, commenced criminal proceedings against Gbajabiamila before Grade 1 Area Court of the Federal Capital Territory sitting in Karshi.

However, the Director-General of the Gbajabiamila campaign council, Hon. Abdulmumuni Jubrin, while speaking at a press conference in Abuja Wednesday, insisted that his principal has never been found culpable by any legal authorities anywhere in the world.

Jubrin said “In the last few weeks, the media has been washed with once again what has become a reoccurring fabrication of false accusations and outright lies against the person of the Leader House of Representatives, Hon Femi Gbajabiamila.

“The latest was a live press conference addressed yesterday by someone claiming to be speaking on behalf of Coalition of United Political Party, CUPP. But for the publicity the press conference attracted, we would have simply ignored the baseless and unfounded allegations.

“For the benefit of doubt, we wish to once again state emphatically clear that Hon Femi Gbajabiamila has never been convicted for any crime in the United States of America, Nigeria or any other country around the world for that matter.

He has never been accused of corruption and has no corruption case hanging on his neck in Nigeria or anywhere around the world.

“He has not committed Perjury and has never committed perjury in Nigeria or any country of the world. He was eligible to contest in all previous elections he won and indeed eligible and qualified to contest for the office of Speaker House of Representatives in the 9th Assembly.

“Hon Femi has severally and comprehensively responded to these allegations, provided clarifications and set records straight. The allegations have also been tested and struck out in our court of law. The State Bar of Georgia has also written and categorically stated that “there is no criminal conviction in the matter relating to Hon Femi and he is currently an active member in good standing of the State Bar of Georgia” All these facts are in the public domain.”

Jubrin further stated that Gbajabiamila was yet to be served with ant court summons as at Wednesday. Describing the legal action against Gbajabiamila as campaign of calumny, Jubrin said it has failed.

“We further wish to state that Hon Femi has not been served any summons by a magistrate court neither has he been notified by the Clerk. We are worried that those behind this antics are trying to drag the Judiciary and our revered judges to what is clearly a hatched Job. The Judiciary must not allow itself to be mixed in such cocktail of dirts.

“This campaign of calumny is orchestrated to poison the minds of our leaders against Hon Femi which has failed woefully. Now the agenda is to smear his reputation through “creation of illusion of truth”.

“An idea of repeated lying until people are forced to believe. We urge the general public to disregard the falsehoods being peddled around. It is also very strange that a private citizen or organization will be filing criminal charges against an individual”, he said.