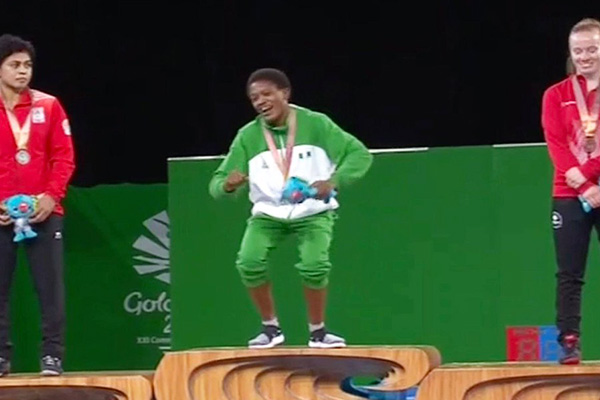 Team Nigeria continued their haul of medals at the ongoing Commonwealth Games in Australia on Friday, as Odunayo Adekuoroye and Blessing Oborodudu both won gold in the women’s wrestling event.

Adekuoroye, who defeated Pooja Dhanda of India via victory by points decision, 7-5, is picking the gold for the second consecutive time as she also won at the last edition of the Games at Glasgow.

Daniel was awarded the bronze simply on technical rules as his match with Vincent De Marinis was tied 4-4.

Elsewhere, Soso Tamarau of Nigeria was not so lucky as he lost on points decision, 2-1 to Cypriot’s Alexios Kaouslidis.

Earlier on Friday, Yetunde Odunuga of Nigeria lost to Paige Murney of England in the semi-final of the women’s lightweight class in the boxing event, but won the bronze medal.

As it stands, Team Nigeria now have six gold, five silver and four bronze medals, bringing their total medal haul at this year’s Games to 15.