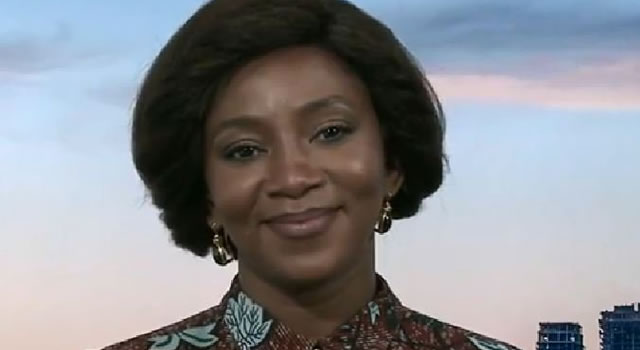 Sassy Nollywood actress Genevieve Nnaji has continued to receive accolades and thumbs up from fans, close watchers and colleagues after her movie ‘Lion Heart’ became the first original film from Nigeria to be acquired by Netflix.

Fellow actress, Ini Edo joined the long list of celebrities who have taken time-out to applaud the new first achieved by the Nollywood thespian.

Sharing a picture of Genevieve on her Instagram page, Ini Edo who described her colleague as her sister wrote; “WCW…ACTIONS OVER NOISE.

“Keep breaking the barriers…The Good Lord is with you. I love you, I appreciate you, I am Proud of u.Well done sis @genevievennaji”

Days ago, Genevieve Nnaji was interviewed by CNN’s Richard Quest, as she opened up on the flick, ‘Lion Heart’ -her first movie as a director.

Speaking on how she secured funding for the movie, she said her team had to self-fund the production of the film project.

“For the money, we had to self-fund unfortunately, she says, we don’t have adequate funding for movies that we actually intend to go global, there isn’t that provision yet,” Genevieve said.

The movie which was recently premiered at the Toronto International Film Festival is already putting Nigeria on the international map with the buzz it is attracting.

Reports say a day before the premiere of the movie, Netflix announced a deal to acquire the movie which has not been officially released to the public yet.