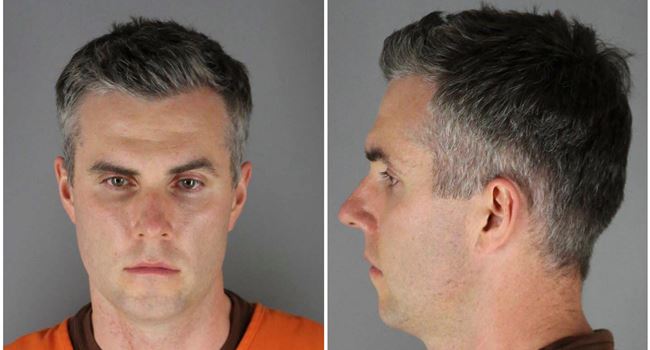 One of the four ex Minneapolis officers, Thomas Lane, charged with aiding and abetting second-degree murder in connection with the death of George Floyd has secured a $750,000 conditional bail and released from the Hennepin County jail on Wednesday.

Lane’s attorney, Earl Gray, confirmed his client’s release after posting bail, adding that plans were being made to file a motion to dismiss all charges against him.

The 36 year-old ex police officer who happened to be a rookie on the job was caught on camera holding down Floyd’s feet during the arrest.

He would be monitored during release, may not carry a gun and must not take part in any law enforcement activities.

Lane’s next hearing is scheduled for June 29.

Meanwhile, the prime offender, Derek Chauvin, charged with second degree murder and second degree manslaughter in the death of George Floyd after he was caught on camera, pinning him down with his knee is yet to sign a plea deal.