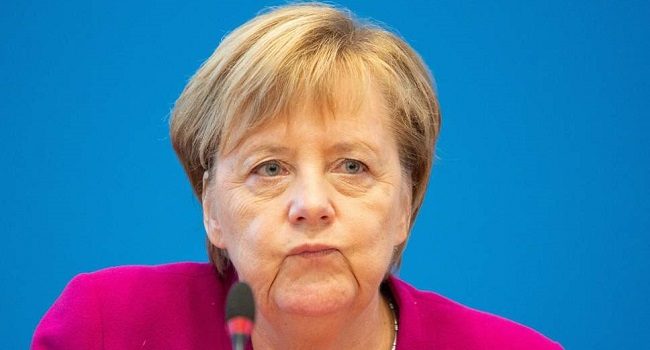 German Chancellor, Angela Merkel has described the decision by social media giants, Twitter to permanently suspend the account of US President, Donald Trump as ‘problematic’.

Merkel in a statement issued by her spokesman, Steffen Seibert, on Monday said that the decision to suspend Trump’s account is problematic because freedom of opinion should not be determined by such online platform bosses.

“But through the law and within the framework defined by the legislature, not according to the decision of the management of social media platforms.

“It is problematic that the accounts of the US president have been permanently blocked,” the statement noted.

It further added that lies or incitement to violence were also “very problematic”, but that the path to dealing with them should be for the state to draw up a legal regulatory framework.

Merkel had said she was “furious and saddened” by the storming of the US Capitol by Trump’s supporters.

She had also accused Trump of stoking the unrest by refusing to concede his election defeat to President-elect, Joe Biden.