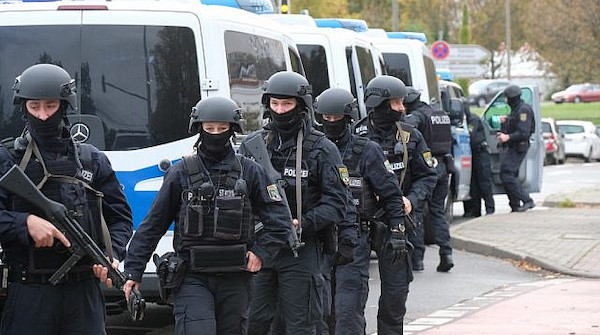 The police in Germany has confirmed the killing of no fewer than two persons, and the wounding of two other victims after a gunman opened fire outside a synagogue in the eastern city of Halle.

Local police also informed that the two victims thought to be seriously wounded, were in hospital, while one person suspected to be behind the shooting outside the synagogue during Yom Kippur (the holiest day in the Jewish calendar), had been arrested.

“Our forces have detained one person,” the Halle police wrote in a tweet. “We remain alert, however. We have deployed forces in and around Halle and are trying to stabilise the situation until we have all the relevant information”, it said.

Bild, a German daily, reported a gunman opened fire with an automatic weapon and lobbed a hand grenade into a nearby cemetery. Police have not yet confirmed details of the attack, but federal anti-terrorism agents are taking over the investigation, it has emerged.

Reports say synagogues are often protected by police in Germany, and police in two other eastern cities, Dresden and Leipzig, stepped up security at synagogues there after the shooting in Halle.