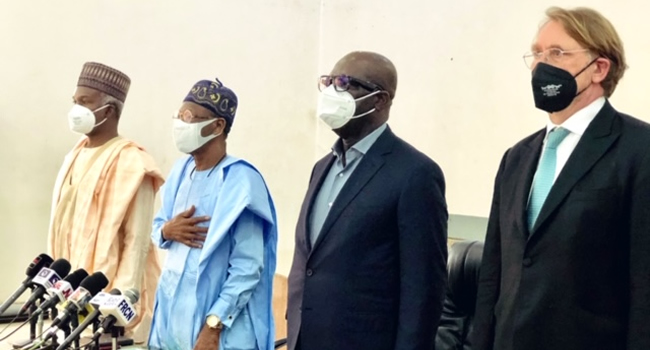 The German government has agreed to return all artifacts stolen from the Benin Royal Court during an invasion by the British in 1849 before the end of 2022.

The announcement was made on Tuesday in Abuja at a press briefing facilitated by the Edo State Governor, Godwin Obaseki, which had in attendance the Minister of Information, Lai Mohammed and a delegation of the German government, led by the German Director-General Culture and Communication, Dr Andreas Gorgen.

While addressing the participants, Gorgen acknowledged that Nigeria had suffered a loss with the stealing of the artifacts, promising that his government is on a “restitution mission to Nigeria to return all artefacts taken from the Benin Empire.”

The German Culture Director added that Germany will partner with Nigeria in the area of culture promotion and preservation with the return of all the artefacts to their rightful owners.