Home » International » GERMANY: Authorities give update on man who rammed car into crowd 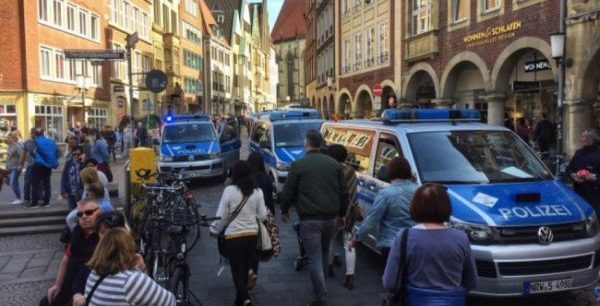 The man who drove a van into a group of people sitting outside a restaurant in Germany killing two victims in the process before shooting himself is a lone attacker with mental problems, authorities have revealed.

According to the regional interior minister, the attacker who drove a camper van acted alone and appears to have had mental health problems.

“We now know it was in all likelihood a lone perpetrator, a German,” Herbert Reul, interior minister of North Rhine-Westphalia, home to Muenster, told reporters.

“There are lots of indications the person in focus had (psychological) abnormalities. This must be carefully investigated,” he said after paying his respects to the victims with national Interior Minister Horst Seehofer and state premier Armin Laschet.

The restaurant which is a popular destination for tourists in the pretty university city was in disarray when the driver ploughed into people seated at tables outside the Grosser Kiepenkerl eatery.

The interior minister also revealed that there was “no indication of an Islamist background” and the suspect had no evidence of any link to Islamist militancy and neither was he a refugee.