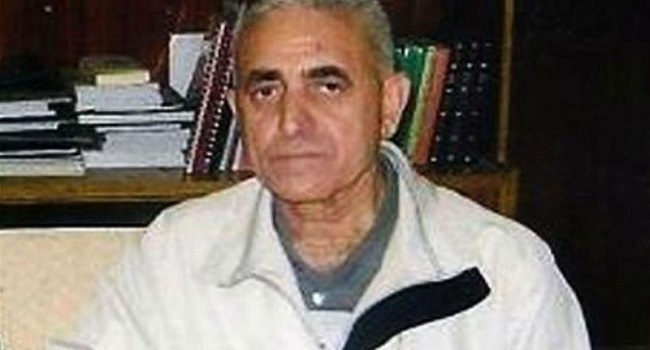 Authorities in Germany are seeking the immediate extradition of a notorious Syrian General Jamil Hassan for committing crimes against humanity based on a complaint filed by Syrian refugees in Germany.

Reports say the German federal prosecutor had issued an arrest warrant against the general last June and are now following up on the matter after General Hassan, the chief of Syria’s Air Force Intelligence Directorate was reportedly admitted to a hospital in Lebanon.

According to Anwar al-Bunni, a Germany-based Syrian human rights lawyer, General Hassan was being treated under the watch of Hezbollah, the Iran-backed political group and militia.

“I found out through sources in Syria and then through those in Lebanon that Jamil Hassan was in a hospital in Lebanon under Hezbollah’s protection,” said Bunni, who is helping former Syrian prisoners seeking justice in European countries.

“Germany’s foreign office called me to find out what I knew and I told them. I think they must have also collected their own intelligence.”

Reports say General Hassan is a member of Syrian President Bashir al-Assad’s inner circle and a vociferous proponent of tougher tactics to quell the uprising that began in 2011.