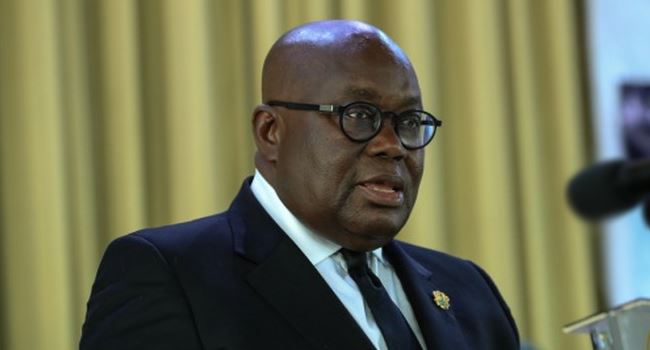 The Ghanaian government on Sunday rejected claims of unfair treatment by Nigerian traders during the compliance enforcement by the country’s investment promotion council.

The government insisted that the traders must pay the required taxes and other fees imposed on them by the Ghana Investment Promotion Council (GIPC).

The requirement for GIPC registration is $1 million minimum foreign equity, while registration fee is 31,500 cedis.

Some Nigerian traders in the West African country had earlier in the week raised the alarm over the closure of their shops.

They claimed that shops belonging to Nigerians in Accra were locked up by Ghanaian authorities who demanded evidence of their GIPC registration.

However, the Head of Communications, Ministry of Trade, Prince Boakye Boateng, told the Ghanaian radio station, Star FM, that the Nigerian traders had failed to honour an ultimatum to meet the requirements.

He said it would be unfair of the Nigerian traders to complain of insensitivity.

He added that the traders, who had been served notice for over a year, were pardoned in December last year following the intervention of President Nana Akufo-Addo.

Boateng said: “It cannot be that we have been insensitive. If that is what they are saying, I will be disappointed because I will rather say they have rather been unfair to us as a regulatory body because we have given them more time than enough to the extent even the Ghanaians thought that the ministry was not on their side or the ministry wasn’t ready to even enforce law.

“So, it’s very surprising to me for them to say that we have not given them enough time. If you recall as far back as December last year, these shops were locked, the president intervened and we asked that the shops be re-opened because the very law that gives GUTA the right to be the sole traders in our market, that same law requires that a certain group of people are those who can go and do law enforcement and not you, so allow us to do our work.

“They complied, the shops were opened. Since then we have given them an opportunity to regularise the document and submit it to us for verification. That has not been done.

“Now, this exercise started from Abossey-Okai on Monday. Because we have never been to Abossey-Okai for this exercise, when we went there we did not just start locking shops. We went there, we inspected the shops and we gave them notices that in 14-days they should ensure that all their necessary documentations be complete. These people have been served notices for over a year now.”