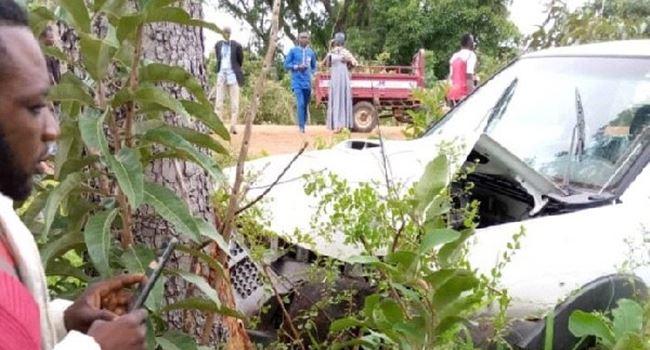 A woman in Ghana has reportedly died in a car crash while she was chasing after her ‘cheating’ husband who was reportedly in a car with another woman.

According to a Ghanaian journalist, Mabel Aku Banesseh who posted the incident on her Facebook page on Sunday, the woman was told that her husband was sighted in a car with the strange woman driving towards Tema, located 25 kilometres east of Accra, the capital, in the region of Greater Accra.

The deceased was said to have hopped into her car and decided to give them a chase to confront him but in the process, she had a fatal accident and died on the spot.

“A woman died on the motorway. She was going to Tema to verify claims there was a woman in her husband’s car. She never got there to even know whether or not the said woman was her hubby’s cousin, co-worker or mere friend. Don’t allow lies to lead you to your grave.”