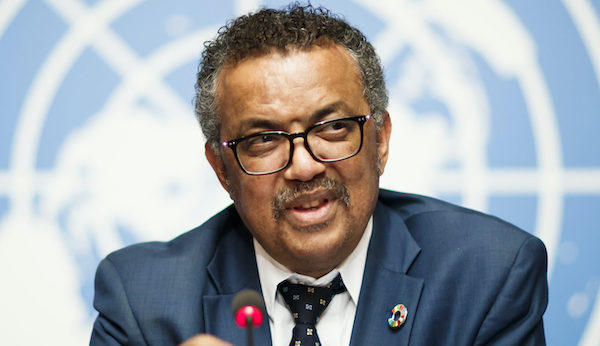 The number of recorded cases arising from the outbreak of the deadly COVID-19 disease globally has surpassed eight million according to the latest figures provided by the Johns Hopkins University.

The figures by the American university also reveals that more than 3.8 million have recovered from the disease, while at least 435,662 people have died after contracting the deadly virus.

In a related development, the World Health Organisation (WHO) head Tedros Adhanom Ghebreysus has warned that countries need to “stay alert to the possibility of resurgence” as new clusters of cases emerge in Beijing and more than 100,000 cases of coronavirus are reported across the world every day.

READ ALSO: COVID-19: China shuts down parts of Beijing over fears of a second virus wave

Meanwhile, China has embarked on mass testing and district lockdowns in Beijing after a jump in COVID-19 cases connected with a wholesale food market in the capital.

Reports say areas around another Beijing market in the northwest of the city was put on locked down after some staff of an unnamed company were diagnosed and tested positive for COVID-19.

Further reports revealed that another 10 neighbourhoods in Beijing have been sealed off as part of the city’s attempt to deal with a sudden spike of cases.