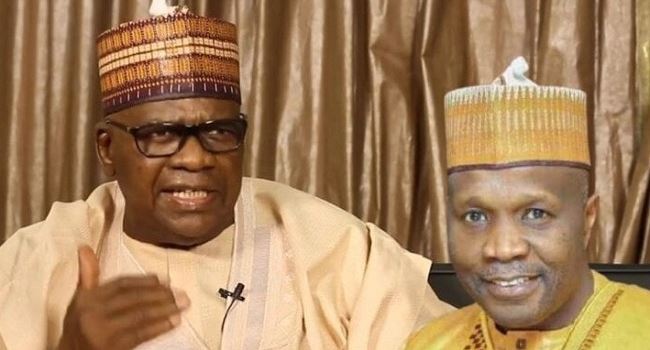 The political crisis that recently engulfed Gombe state chapter of the ruling All Progressives Congress (APC) has taken a new dimension as the two factions within the party have resorted to accusation and counter accusation.

While reacting to the development, Gombe State Attorney General and Commissioner for Justice, Mohammed Umar Zubairu, said that it was natural to use government machinery to enhance its political standing.

He was reacting to allegations by Luka Haruna Esq. Counsel to Mohammed Adamu Yayari who was arrested and detained for posting on social media (Facebook) what the State Government alleged as falsehood, the resignation of all APC executives members in Yamaltu-Deba Local Government Area as well as all ward executives in the LGA.

Luka Haruna and Henry Nwoye had addressed a press conference shortly after Mohammed Adamu Yayari was granted bail by a Magistrate Court in Pantami, Gombe, alleging that the State Government was using machinery of power to suppress freedom of expression, silence critics as well as justice for Mohammed Adamu Yayari.

Luka Haruna, while addressing the press alleged that so much interest was brought upon the Magistrate, Muhammad Suleiman Kumo, not to grant bail to the suspect even when the alleged offence was a bailable one.

Luka Haruna further quoted the Magistrate’s ruling saying, “I am aware that the power that be do not want this application to be granted but the oath I solemnly swear to is to do right to all manner of people without fear or favour, affection or ill will” .

“The law has given me the discretion either to grant bail or to refuse bail. My conscience will never let me rest as long as I live. Therefore in the exercise of my powers, I will not cause the death or any irreversible injury of a human” .

“The prosecution though aware of the ill health of the defendant did not show any compassion in challenging the application. I refused to be coerced in being an accessory to the murder or irreversible injury. On the basis of this, I therefore grant the application for bail”, the ruling further contained.

But reacting on the allegation, the Gombe State Attorney General and Commissioner for Justice, Mohammed Umar Zubairu distanced the State Government and its officials from the allegation adding that the phrase “powers that be” was not specific to any Government official.

He also emphasized that, “It’s natural in democracy, when you’re in control, you can use the machinery of Government to enhance your political standing”, when he was confronted by Journalists with Luka Haruna’s allegation of using State powers against opponents.

“This is a political administration, so, anything Government does, is to look at the consequence as to how that will impact on the performance of the Government”, he said.

According to him, there was no point addressing a press conference since the alleged suspect had been granted bail and questioned the reasons why Luka Haruna and Henry Nwoye had to address the press if not for some other unknown reasons.

Mohammed Umar Zubairu also said that freedom of expression was not totally free adding, “Is anybody free to say anything, do anything? There should be limit. No matter what right you have, your right stops where mine begins and the interest of the State is to see that there is peace, progress and continuity” .

The Commissioner then stressed that, “So, if anybody will do anything to temper with that state of peace, of course, it’s the responsibility of Government to take action and certainly it will not stop there”.

In the meantime, Luka Haruna and Henry Nwoye want the Gombe State Government and its agents not to do anything to Senator Danjuma Goje until the determination of his matter at the Federal High Court in Gombe.

On the case of Mohammed Adamu Yayari, the matter was adjourned to the 21st day of February, 2022 for continuation.

It will be recalled that the political and social relationships between the Governor, Muhammadu Inuwa Yahaya and Sen Danjuma Goje had gone sour leading to clashes that had claimed lives while properties worth several millions of Naira have been destroyed.

Before the sour relationship, Sen Danjuma Goje was the political godfather of the Governor, Yahaya who served as Commissioner of Finance for the eight years Goje was Governor under the PDP.