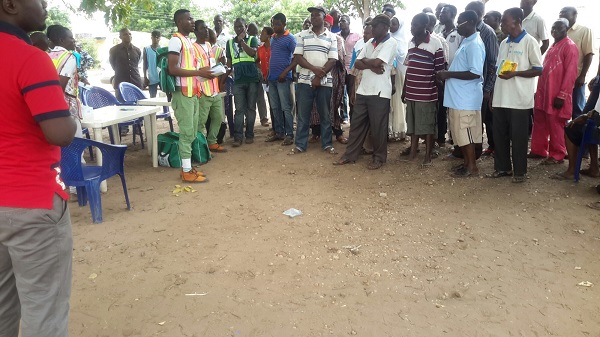 The councilor was dragged to the court by Gombe Zonal office of the Economic and Financial Crimes Commission (EFCC) over three-count charge bordering on bribery.

The commission told the court that Ishiyaku was arrested by its operatives based on intelligence report and was arrested at Bolari Polling Unit 0077 in Gombe metropolis during the Presidential and National Assembly Elections, where he was arrested while sharing money.

When asked by the court, the councillor pleaded guilty to the three-count charges.

Prosecuting counsel also presented a witness, Hillary Obetta who reviewed the facts and also tender evidence against him which the court admitted as Exhibits 1, 2, 3 and 4.

The defence counsel, Barrister S.A. Mustapha, however, pleaded to the court for leniency.

Justice Muhammad said the prison terms are to run consecutively.

He further ordered that the sum of N295,000 recovered from the convict should be forfeited to the Federal Government.

FG acquires seismometers and tiltmeters in response to earth tremors in Abuja, others