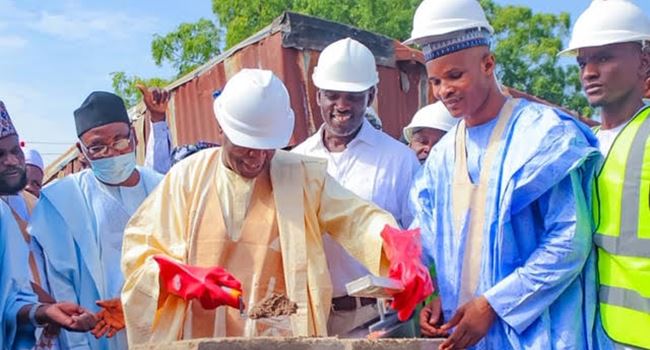 Gombe State Government is set to construct one Ultra Modern Tsangaya (Almajiri) Integrated Quranic Education Centre in all the eleven Local Government Areas of the State in a bid to promote Qur’anic and western education in the state.

The governor explained that when completed the one storey building will have classrooms, hostels, offices and skills acquisition centres for the convenience of the pupils and their teachers.

The State Governor, Muhammad Inuwa Yahaya, stated this at the commencement of a stakeholders meeting convened by the Better Education Service Delivery For All (BESDA) for Islamic scholars and community leaders in the State.

The governor laid the foundation for the construction of the Centre for Gombe Local Government Area at Goni Sani Tsangaya, before joining the stakeholders meeting.

He said that the establishment of non-formal learning centres through BESDA in Tsangaya schools was aimed at introducing modern education into the Tsangaya curriculum so that children in such Schools can benefit from both educational systems.

He called on proprietors of Tsangaya schools to embrace government policies and programmes aimed at developing the skills and capacity of the Almajiris so that they can contribute meaningfully towards societal development.

The governor also said that the objective of the stakeholders meeting was to equip and improve the capacity of Islamic Teachers to meet the teaching needs of the 21st century.

According to him, “We are here today to discuss better ways of improving the Tsangaya education system in our dear state. Many Muslim countries like Morocco, Sudan, Indonesia have done very well in upgrading the Tsangaya system and making it fit into the requirements of our time”.

He then expressed hope that at the end of the meeting, participants will be more knowledgeable in advancing Tsangaya schools to greater heights.

He said “BESDA has so far succeeded in mopping up over 150,000 almajiris in Gombe State through the establishment of about 676 non-formal learning centres across the State over the last two years.

“Similarly, we have so far constructed over 200 new classrooms and renovated over 400 others across several basic and post-basic schools”, he added.

National Coordinator of BESDA, Gidado Tahir, who was represented by the State Base consultant, Dr. Sani Abdullahi, described Gombe State as a shining example in the implementation of BESDA programme in the country.

The Director, BESDA, Federal Ministry of Education, Amina Buba Haruna, said the Ministry is enthused by the near perfect implementation of the programme in Gombe State.

She called for all hands to be on deck to integrate the Almajiri Education into the western system so that the children can holistically function well in a contemporary society.