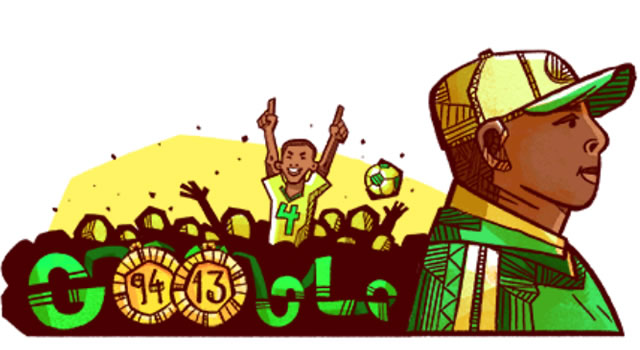 Google search engine, on Tuesday, created a doodle of the late former Nigeria coach, Stephen Keshi, in celebration of what would have been his 56th birthday.

The tech giant said the doodle was to recognise the legacy of the former coach and captain of the Super Eagles who died on June 7, 2016, at 54.

Mr. Keshi born on 23 January 1962 was a world-acclaimed soccer icon who first played football before going into coaching and made a success of both.

Keshi earned 60 caps for the national football team, and represented the country at the 1994 FIFA World Cup and the 1994 Africa Cup of Nations, captaining the Eagles to victory in the latter.

He won the Belgian league championship with R.S.C. Anderlecht in 1991 during his club football days, and as a manager, Keshi qualified Togo for their only FIFA World Cup appearance in 2006.

He however didn’t take the team to the finals in Germany, but became coach of the Super Eagles, and led them to AFCON victory in 2013 to become one of only two people, to have won the Nations Cup as both a player and a coach.