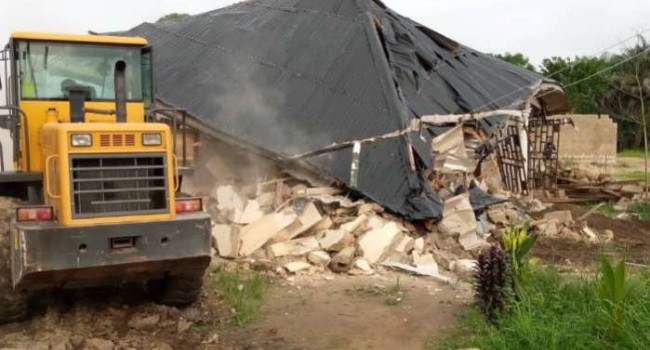 The governor of Cross River State, Ben Ayade has demolished a mini estate owned by a notorious kidnapper in Calabar, the state capital.

The kidnapper, Kufre Eyo Etim known popularly as Romance is said to be one of the 35 persons the state recently declared wanted.

The security adviser to the governor (Southern Senatorial District), Ani Esin made the development known to newsmen on Thursday.

He said the fleeing kidnapper had been on the state government’s watch list for a long time.

He added that the decision to demolish the property came after a thorough investigation and proper verification.

Esin further noted that some people close to the kidnapper had been arrested and that they were providing useful information.

According to Esin, the state is on Erin’s trail and would stop at nothing to apprehend him and others like him.

He said, the kidnapper‘s father was among those providing information about the fleeing criminal.