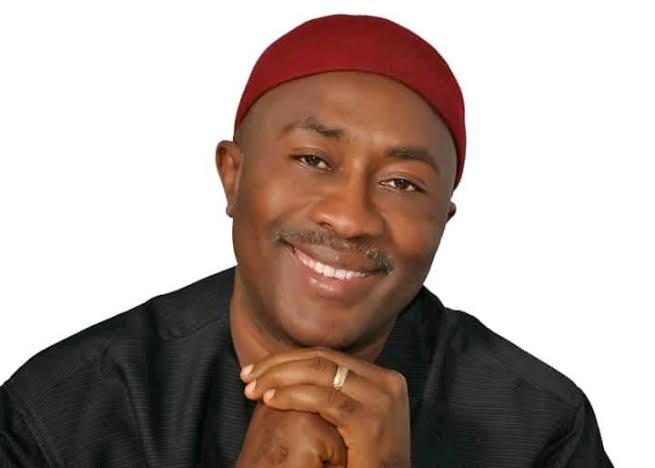 Imo State Governor, Emeka Ihedioha, has appointed Uche Onyeagucha, a former governorship aspirant of the All Progressive Grand Alliance (APGA) in the 2019 elections, as Secretary to the State Government (SSG).

The appointment was announced on Saturday in a statement by the Governor’s Chief Press Secretary, Chibuike Onyeukwu.

Onyeagucha was among the over 15 governorship aspirants who abandoned APGA after the governorship primaries which gave Senator Ifeanyi Ararume the ticket. Onyeagucha and others formed New-APGA which collapsed into Ihedioha’s campaign train.

“Hon Onyeagucha, a lawyer, studied at the University of Calabar as well as Rivers State University of Science and Technology where he graduated with degrees in History and Law respectively. He certificates in foreign institutions.

“He was a member of the House of Representatives (2003 – 2007), where he represented Owerri Federal Constituency, a pro-democracy campaigner and ardent human rights activist.

“He has held the position of Special Adviser on Policy and Strategic Matters to the Imo State Governor. He was one of the leaders of Campaign for Democracy, Democratic Alternative, Civil Liberties Organization and United Action for Democracy that led to the return of democracy in 1999.

“Chief Okewulonu, a legal Practitioner by training has held key positions of trust in government. He was a member of Imo House of Assembly, former Hon. Commissioner in the state, former Secretary to Imo State Government.

“He was later appointed the Federal Commissioner, representing the South East in Fiscal Responsibility Commission Abuja. He was the Director General, Ihedioha Campaign Organization (2013– 2015) and a tested and experienced public administrator. He hails from Obowo LGA.

“He has diverse public service experience, previously serving variously as Special Assistant to the Federal Ministers of Commerce & Industry as well as Employment, Labour & Productivity.

“Chief Chinemerem Madu holds a B.Sc and MBA Degrees from the University of Lagos. He was the 2nd Best Graduating Student (MBA 2006) and President, MBA Students’ Association.

“He became the PDP Chairman, Ezinihitte LGA,in 2009, and was re-elected in 2016, a position he holds till date. He also has robust experience from his stint in the banking sector and at various levels of corporate executive management

“Expectedly, they will bring their vast experience to bear in their respective positions.”